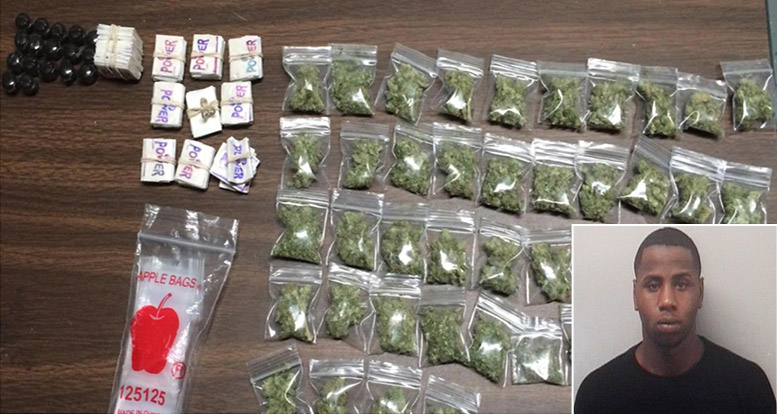 A city man with heroin, marijuana, and crack cocaine was arrested early Sunday morning when authorities pulled over a taxicab on Broadway, according to Passaic County Sheriff Richard Berdnik.

Tawan Grier, 18-year-old, was in the rear passenger seat when officers conducted a motor vehicle stop of a taxicab on Broadway and Auburn Street at around 3:11 a.m. Authorities seized 12 bundles of heroin stamped “POWER,” 7 buckets of crack cocaine, and 44 bags of marijuana.

Grier was charged with 10 drug offenses, authorities said. He was charged on a warrant complaint and taken to the Passaic County Jail.

Authorities issued a written warning to the taxicab driver for failure to signal.