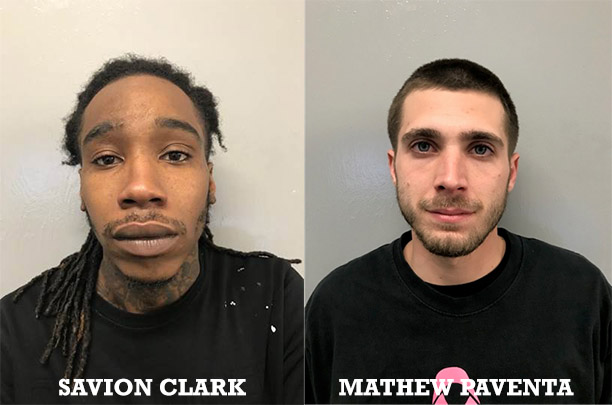 Savion Clark, 27, of Paterson, and Mathew Paventa, 28, of Bloomingdale, allegedly conducted a hand-to-hand drug sale at around 8:30 p.m.

Detectives had setup surveillance at the location following an anonymous tip.

Two set of surveillance teams approached both parties. Paventa sped out of the area almost hitting a detective. He was pulled over by Preakness and Totowa avenues following a chase. 3 zipped baggies of crack cocaine and 19 glassine envelopes of heroin was confiscated from him.

Clark was arrested and $233 was seized from his pants left front pocket. Authorities searched his first-floor apartment and found a plate with half-ounce of crack cocaine worth $1,000 and some empty zip-locked bags commonly used to package drugs.

Authorities charged Clark with 13 drug offenses and Paventa with 2. Paventa was charged with resisting arrest.

Paventa was released on his own recognizance.