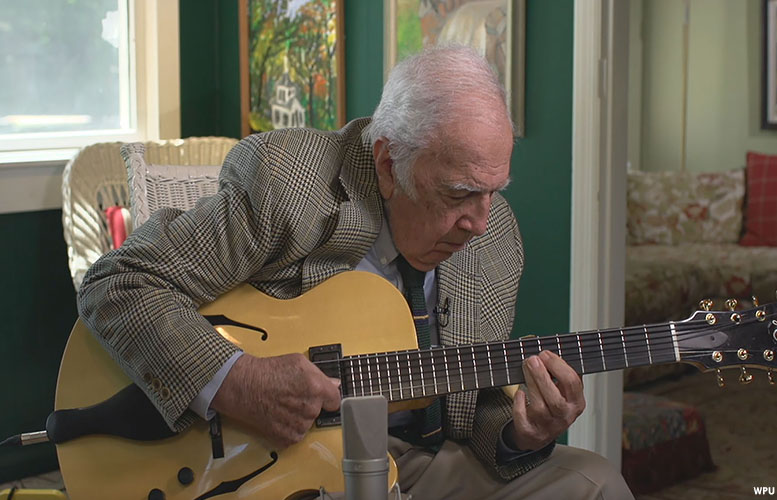 The documentary “Silk City Artists and Musicians,” about the city’s thriving art community, has been selected for a screening at the Garden State Film Festival in Asbury Park next week.

Written and narrated by William Paterson University sociology professor Vince Parrillo, the documentary showcases contemporary artists and musicians in Paterson. Among the artists featured in the documentary are legendary jazz guitarist Bucky Pizzarelli and Federico Castelluccio, a visual artist and actor well-known for playing Furio on “The Sopranos.”

The documentary also looks at the art community that has sprouted at the revitalized old mill buildings like the Essex and Phoenix mills. Both mill buildings are designated to ensure 70-percent of the units go towards providing housing for artists and musicians. There’s also the Art Factory, 22 buildings, that is described as the city’s “creative arts center.”

Former mayor Lawrence “Pat” Kramer and congressman Bill Pascrell, Jr., who played important roles in designating these buildings to create a local art community, discuss their role and the future of art in Paterson.

Some see art and artists playing a big role in revitalizing the once mighty industrial town that has fallen on hard times.

The documentary debuted on NJTV in November 2017. It’s Parrillo’s fourth film about Paterson to air on PBS. His documentaries are indispensable in understanding the history of Paterson and where the tiny city that has played a big role in American history is headed.

His previous films are:

Parrillo’s films are available in DVD format at the Lambert Castle and the Great Falls National Historical Park.

The screening at the Garden State Film Festival will take place on Mar. 24, 2018 at 2:45 p.m. at the Asbury Park Senior Citizen Center.

Tickets can be bought by clicking here.