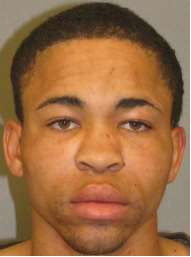 A Passaic County jury convicted a city man of first-degree murder on Tuesday for shooting and killing a 27-year-old on 10th Avenue almost four years ago.

Andrae Green, 30-year-old, was also found guilty of second-degree weapon possession. He faces a minimum of 30 years and a maximum of life in state prison, authorities said.

Green shot and killed Antoine Garris, 27, of Paterson on the afternoon of September 15, 2014. Green was arguing with his wife in front of Moya’s Bar on the corner of 10th Avenue and East 27th Street.

Garris and Green exchanged words. An argument ensued between the two. Green left the bar and came back ten minutes later with a handgun. He fired seven shots, five struck Garris, killing him.

After the incident, Green fled the city. He was arrested by United States Marshal Service in Rochester, New York on October 8, 2014. Authorities tried Green in September 2017, but that resulted in a hung jury the next month.