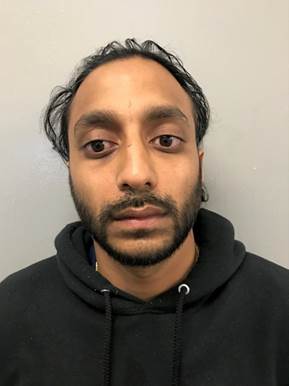 A man from Woodland Park was arrested with 968 Ecstasy pills on Wednesday after making an alleged drug sale in Paterson, according to Passaic County Sheriff Richard Berdnik.

Yeahia Ahmed, 32-year-old, is charged with 12 drug offenses, authorities said. He was allegedly observed making a drug sale in the area of Chadwick and Mary streets.

Detectives saw Ahmed pull up in a gray Lexus SUV and stopped in the area. He got out of the car and met an unidentified man to hand capsules for paper currency, authorities said.

Authorities said the buyer evaded authorities by speeding out of the area towards Main Street. Ahmed got back into his vehicle and drove to Spring Street. He entered a parked gray Honda Accord and secured a package.

Detectives stopped him when he returned to the Lexus. 50 grams of raw cocaine, glass tubes of marijuana, and $189 in cash was in his vehicle and person, authorities said. A search of the Honda yielded 968 Ecstasy pills and 25 grams of cocaine inside a sophisticated compartment used to hide drugs, authorities said.

A further search of Ahmed’s residence yielded $2,000 in drug money, authorities said. Authorities estimate the drugs seized has a value of $24,000 on street.

Ahmed was taken to the Passaic County Jail.

“I want to commend the detectives involved in this investigation and subsequent arrest. The narcotic trade rips the fabric of any neighborhood apart,” Berdnik said.