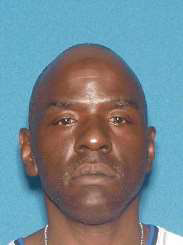 A man found lying on the sidewalk on Summer Street suffering from a gunshot wound on Tuesday night shot himself, according to the Passaic County Prosecutor’s Office.

Arrie Moore, 46, of Paterson, is charged with weapons offense. Authorities charged him also with certain person not to have a firearm, and hindering apprehension or prosecution.

Moore was suffering from a non-fatal gunshot wound on Summer Street at around 8:15 p.m. when police responded on report of a shooting. He was taken to Saint Joseph’s Regional Medical Center for treatment.

“The investigation has revealed and it is alleged that Mr. Moore shot himself,” authorities said.

Moore is scheduled for a court hearing at 1:30 p.m. on Wednesday.