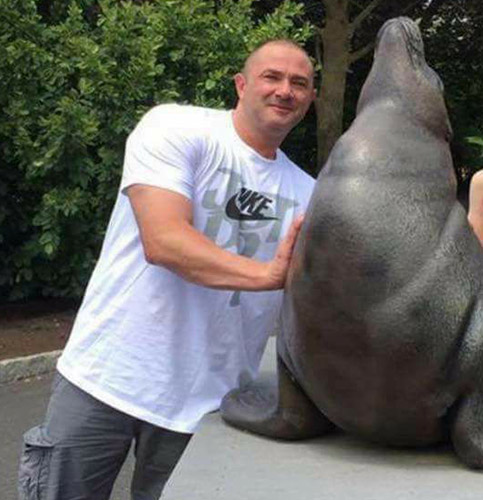 Police responded to report of a motor vehicle collision at 150 Getty Avenue at about 10:50 a.m. At the scene responding officers discovered their colleague had crashed into a parked vehicle.

Authorities did not identify the officer. A police source identified the officer as Tamby Yagan, who had been with the Paterson police force for 12 years. He was inside a marked police vehicle during the crash.

Yagan, 41, of Wayne, was the only person involved in the crash. He was taken to St. Joseph’s Regional Medical Center for treatment. He later died from his injuries, according to police.

Authorities said no other parties were injured as a result of the crash. Cause of the crash remains under investigation, said authorities.

Community leaders who knew the officer expressed their condolences.

“My heart is broken,” said councilman Luis Velez, who knew the officer for more than a decade. “He was a really nice guy and a good officer. He was a high standard police officer. I never saw him looking down at people.”

“Amazing cop,” said former three-term councilman Aslon Goow, who has known the officer for 20 years, on his way to the hospital to pay his respects to the deceased officer. “A real gentleman. Very humble. Very kind.”

Goow, who is Circassian, said the officer hails from the area’s Circassian community.

Police director Jerry Speziale said the police department is mourning the loss of one of its own.

“This is an enormous loss for the family and the Paterson Police Department. Officer Tambi Yagan was respected and loved by his fellow officers and we miss him already,” said Speziale. “The department is supporting the family during this difficult time. Our thoughts and prayers are with them as they deal with this tremendous loss.”

This report was updated with further comments from the police director at 5:45 p.m.