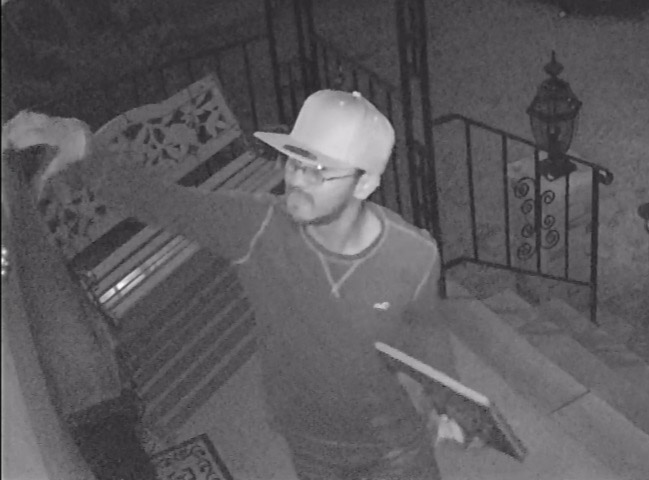 Councilman Andre Sayegh’s campaign has asked both the Passaic County Prosecutor’s Office and the New Jersey Attorney General’s Office to investigate a racist mailer that was received by voters over the weekend.

Sayegh on Monday morning said the mailer and the photograph of a possible suspect was sent to the Public Integrity Unit at the Passaic County Prosecutor’s Office.

“It was highly recommended that we refer it to the Public Integrity Unit,” said Sayegh. It’s not clear what authorities can do about a flyer, even a racist one is protected under the First Amendment.

Mary Ryan, head of the Public Integrity at the Passaic County Prosecutor’s Office, did not respond to a request for comment.

“Of course, the First Amendment protects the Freedom of Speech. Whomever produced and distributed this thoroughly disgusting piece did so under the guise of the Progressive Values Committee, when in fact PVC did not produce or distribute this offensive garbage,” said Joe Waks, chairman of the Progressive Values Committee of Bayonne, a pro-Sayegh super PAC, on Monday morning. “I’ll leave it to the prosecutor’s office and law enforcement to decide what charges are appropriate.”

Sayegh’s campaign managed to identify a person responsible for dropping the mailer into voters’ mail boxes. A surveillance tape image of the alleged actor appeared on Sunday night. Some of the councilman’s supporters suggested the man in the footage is Jesus Castro, a municipal inspector, who has criticized Sayegh over the years.

“That’s not me,” said Castro, when forwarded still photograph taken from the surveillance footage. “It’s a false allegation against my person.”

The actor in the surveillance still photograph has an eerie resemblance to Castro. He said Sayegh supporters are trying to publicly smear him by asserting the man distributing the racist mailer is him.

“I too feel what’s happening is not right,” said Castro of the racist flyer. Sayegh’s campaign also has picture of an SUV that was used by the mail dropper to make deliveries.

Castro said he owns a minivan.

“I am reaching out to you today to express my grave concern over the disgraceful, and possibly criminal tactics being used in this election,” she wrote. “The language on the flyer contains racial epithets to describe African Americans and Latinos; and includes shameful and hateful attacks against both our Muslim and LGBT communities. It is divisive and vile, and this hate mail was designed to falsely insinuate to voters that this language was coming from Andre.”

Sayegh immediately denounced the mailer that Waks called a fake mail piece. The flyer bears the address of the super PAC and has a U.S. Postal Service mark on the corner.

Waks’ group has been attacking Sayegh’s opponents by micro targeting voters. The flyer is not consistent with the super PAC’s other mailers. For example, the group’s flyers are sent to specific voters through the U.S. Postal Service.

The flyer urges voters to support Sayegh. However, it has an unflattering image of the councilman on both sides.