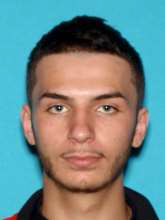 A city man has been charged with attempted murder and weapons offenses for his alleged role in a weekend shooting at the intersection of Atlantic Street and Newark Avenue, according to the Passaic County Prosecutor’s Office.

Malik M. Hasan, 20-year-old, was arrested in the area of Knickerbocker Avenue on Monday, authorities said. Authorities allege he shot a 37-year-old city man at the intersection on May 12, 2018.

Police said the victim sought refuge inside a house but he was mistaken for a burglar. The homeowner called police and the victim was taken to St. Joseph’s Regional Medical Center for treatment.

Authorities recovered marijuana, high capacity ammunition magazine, and a handgun from Hasan during the arrest.

Hasan faces 10-20 years in prison for the attempted murder charge.