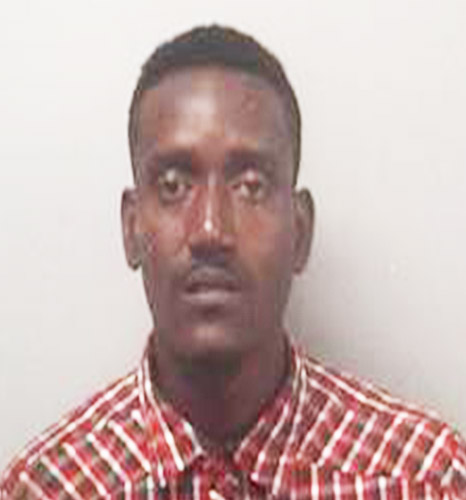 A man from Newark was arrested minutes after stealing a vehicle from a 7-Eleven, according to Passaic County Sheriff Richard Berdnik.

Kadeem Clarke, 27-year-old, allegedly stole a black Honda Accord from a 7-Eleven at around 3 a.m. on Thursday, authorities said.

Sheriff’s officer Chris Schiavo heard over the radio Paterson police were looking for the stolen vehicle. He saw the car on Grand and Spruce streets and attempted to conduct a motor vehicle stop but Clarke attempted to flee.

Police and the sheriff’s officer pursued Clarke. He crashed the vehicle on the sidewalk of Slater and Mill streets and fled on foot.

Schiavo caught Clarke in the backyard of a Mill Street house, authorities said. Authorities charged Clarke with attempting to elude an officer in a vehicle, resisting arrest, and theft of motor vehicle.

Clarke was taken to Passaic County Jail. He was found to have several outstanding warrants, authorities said.