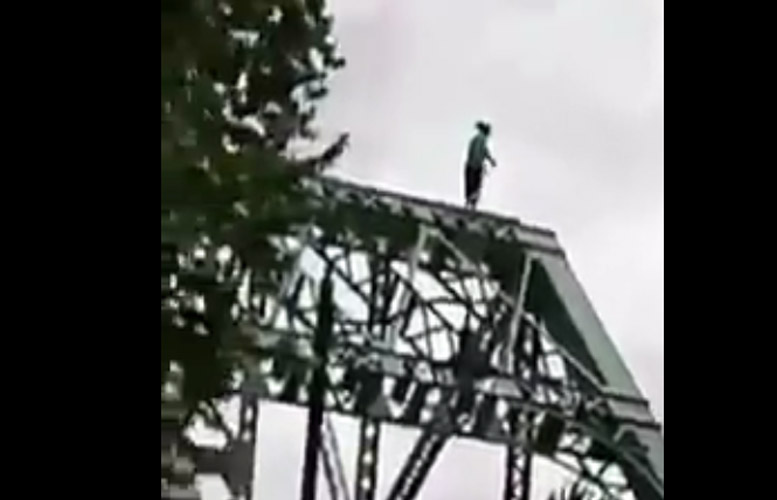 A woman died on Sunday afternoon after jumping off the bridge over the Passaic River that connects Haledon Avenue and River Street, according to police.

Police said the woman has yet to be identified. Police haven’t made next of kin notification of the death, said police director Jerry Speziale on Sunday night.

“It appears to be an apparent suicide,” said Speziale. A video circulating on social media shows the woman climbing up to the top of the Straight Street Bridge and jumping off.

The woman struggles to get to the very top of the bridge. Once atop the bridge, she swings her arms back and forth. And then jumps.

Police were called at about 4:10 p.m. She was pulled out of the Passaic River by a civilian at East Holsman Street, according to officials.

The woman was breathing when she was pulled out. An ambulance rendered aid. She was later pronounced dead.