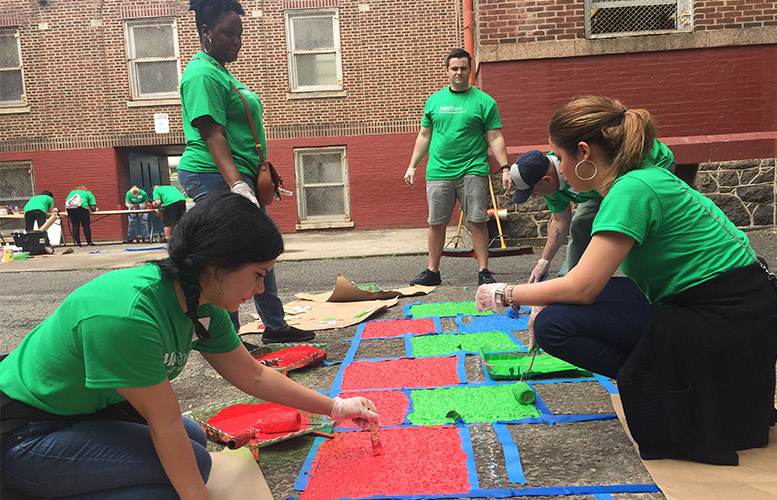 Volunteers from M&T Bank painted murals depicting Paterson’s glorious past, including one of the historic Hinchliffe Stadium.

Volunteers assembled furniture, games, and décor for the school’s game room and outdoor play area. They built benches, painted large plywood panels with the school’s name to be hung at the front entrance to the building. A music playground on the fence of the kindergarten play area was installed.

As many as 50 volunteers worked to beautify the school on June 1.

“Our employees recognize the importance of being ingrained members of the communities we serve,” Tifani Borel, manager of the downtown Paterson branch of M&T Bank, said. “I wasn’t surprised to see such a great turnout of employee volunteers to spruce up PS-20 as they prepare for the 2018-2019 school year.”

The bank opened its new branch in April. It celebrated the new branch through volunteerism by sprucing up School 20.

Bank employees engaged students with geography jeopardy and an interactive STEM workshop at the event.

New York Jets defensive lineman Mike Pennel joined the volunteers. The bank has a multi-year partnership deal with the team that makes it the “Official Community Bank of the New York Jets.”

“We look forward to serving the Paterson community in many more ways through community initiatives and our products and services at our new branch in downtown Paterson,” Borel said. 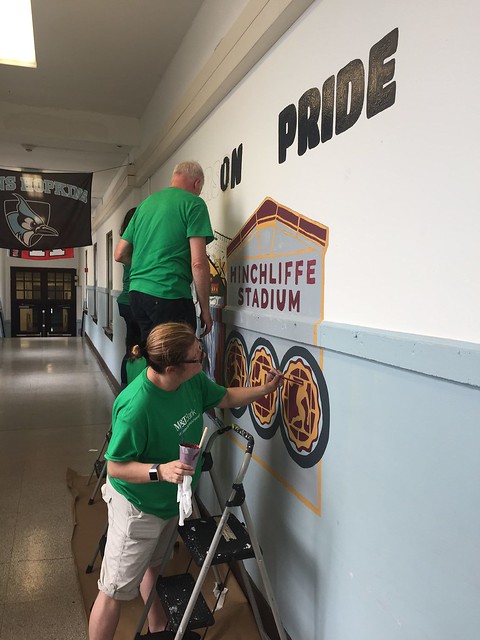