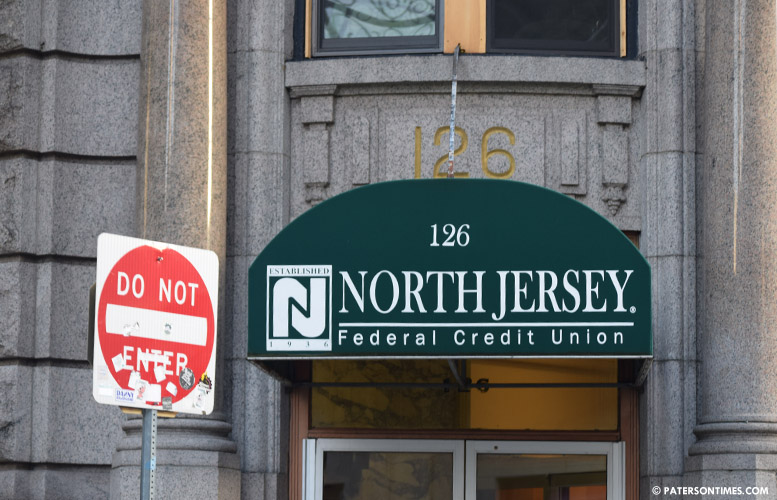 The North Jersey Federal Credit Union branch in downtown Paterson is closing its doors to customers in August.

Customers’ complaints about vagrants loitering inside the bank’s vestibule was a key reason for the closure.

“The homeless population made it unsafe for our customers,” said Khristina Fordham, director of marketing at the North Jersey Federal Credit Union, which has been in downtown Paterson for the past 10 years.

Fordham said customers lodged complaints about vagrants. Lack of parking and age of the building at 126 Market Street contributed to the move. She said the union has 4,000-5,000 members in Paterson.

Customers were informed of the relocation yesterday. They have been directed to the branch at 444 Mola Boulevard in Elmwood Park.

18-percent of black and 16-percent of Hispanic households in the U.S. are unbanked compared to 3-percent of white households, according to a survey by the Federal Deposit Insurance Corporation (FDIC).

Economic development director Ruben Gomez said the bank has not contacted his office about the relocation to Elmwood Park. He said the bank has been on a month to month lease at the Market Street location for a few months.

Sayegh, who serves as the chairman of the economic development committee on the City Council, said he intends to arrange a dialogue between the city and bank to potentially persuade them to keep the branch in downtown Paterson. He will be sworn-in on Jul. 1.

Other banks in the city have had to grapple with the city’s homeless and panhandler problem fueled by the regional opioid epidemic.

Police, even under a new chief, have failed to address quality of life in and around the downtown Paterson area. For example, a reporter made a dozen plus phone calls to the department over the past months to test police response to a stationary panhandler on Ryle Avenue by West Broadway, an entryway to the downtown commercial district. The female panhandler has remained at the intersection as of Tuesday evening.

Two other bank branches have closed in the last five years. A TD Bank branch on Union Avenue closed in 2012. A Wells Fargo branch on Market Street was reduced to an ATM in 2015 due to problems with the building the bank was leasing.

“Paterson has been good to us. It’s bittersweet,” said Fordham.