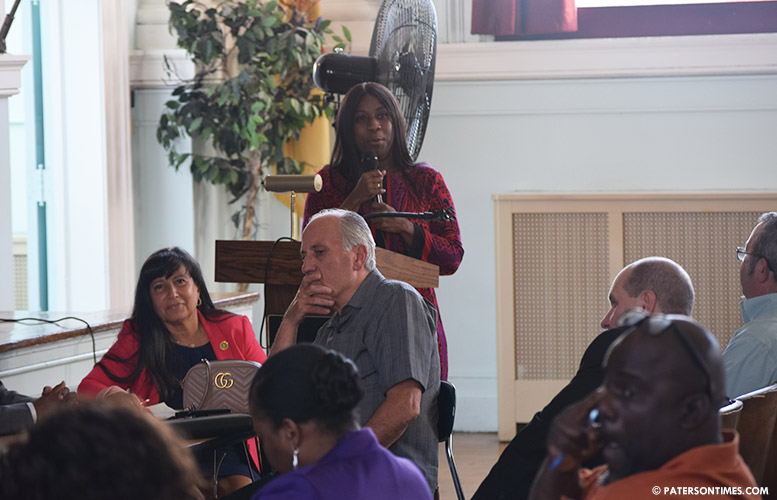 Members of mayor-elect Andre Sayegh’s transition team heard from residents at School 25 on Tuesday night in order to create a plan for the incoming administration to tackle the city’s most stubborn problems.

Residents hoping for a change on Jul. 1 shared some of the same concerns that have dominated community forums over the past half-decade. Public safety, lack of services, and government corruption.

A man complained about syringes. Another wanted the new administration to crackdown on drug dealers, addicts, and vagrants on Broadway.

“The change that I have seen over the past several years is disgusting,” said Rikeisha Whitaker, a 1st Ward resident.

Whitaker complained about panhandlers. Panhandlers have proliferated throughout the city, particularly at main entrances, giving visitors the impression the city is an unsafe and dangerous place.

Municipal officials have failed to deliver basic services to residents. She pointed to the John DeCando Dog Park which opened late last year and has been in a state of neglect. The grass is higher than my dog, said Whitaker (pictured with microphone).

“There’s no accountability in this city,” said Whitaker.

Vaugh McKoy, who is head of Sayegh’s transition team, told the 100 people, who attended the first of three community forums, a report with their concern will be produced and provided to the incoming administration in mid-July.

At the beginning of the forum, Sayegh talked about the issues his administration will focus on. He has met with governor Phil Murphy and is seeking more resources to get a hold on the city’s public safety problems.

While campaigning in Paterson, Murphy promised to provide assistance to tackle the city’s crime problem.

Police have had success in curbing homicides and shootings. They have had less success in addressing quality of life problems.