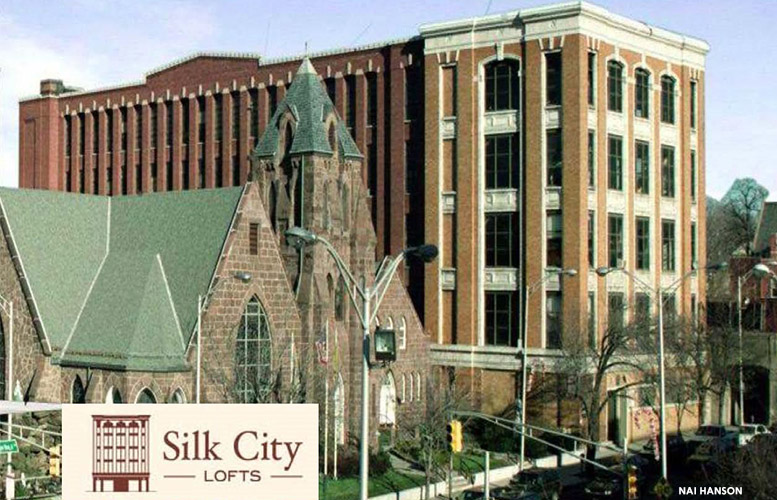 The condominium units at 175 Broadway range from 717 square feet one-bedroom to 1,996 square feet two-bedroom. The building also has a 9,500 square feet commercial space on the ground floor that’s available for lease.

“The heightened interest in urban areas from both residents and investors has prompted many cities to attract significant development to their urban cores and help turn around areas that had fallen on hard times,” said Anthony Cassano of NAI Hanson, which arranged the deal between the seller Great Falls Realty LLC and the buyer JCM Investors. “We were honored to work with the buyer and seller in this transaction to attract tangible development to downtown Paterson and help begin the turnaround of one of New Jersey’s most historic cities.”

Cassano represented both the buyer and the seller in the complex transition. Part of the deal included the lot at 105 Fair Street which has municipal approval for the construction of 195 apartments with ground-floor retail.

Florio said he plans to submit an application to the city seeking to construct a 10-story building that will have 250 units. He said the new luxury apartment complex will have 24/7 valet service, indoor pool on first floor, pool on the roof, onsite management company, door men, and onsite security.

He will negotiate with the Paterson Parking Authority to acquire spaces from its nearby lot.

“The one that I’m about to build will be the nicest building in Passaic County by far,” said Florio on Wednesday morning. He said the new building will be similar to The Modern in Fort Lee. “It will be ultra-modern and ultra-luxury.”

Florio said his team has begun working on the designs. When he first pitched the luxury development to his team, he said, they called him “crazy.”

“Most of my guys told me I was crazy when I first came out here,” said Florio. He owns more units in Paterson than the Paterson Housing Authority.

The proposed building moves Florio into the high-end housing space. He owns hundreds of units throughout the city’s 1st, 4th, and 5th Wards. The units he presently owns are not high-end luxury housing units.

Florio has been criticized for condition of his apartments. Some have accused him of being a “slumlord.” Now, his critics may have another charge to hurl at him.

“My critics will tell me I’m gentrifying the area,” said Florio.

“There’s plenty of Paterson residents that could afford these apartments,” said Florio.