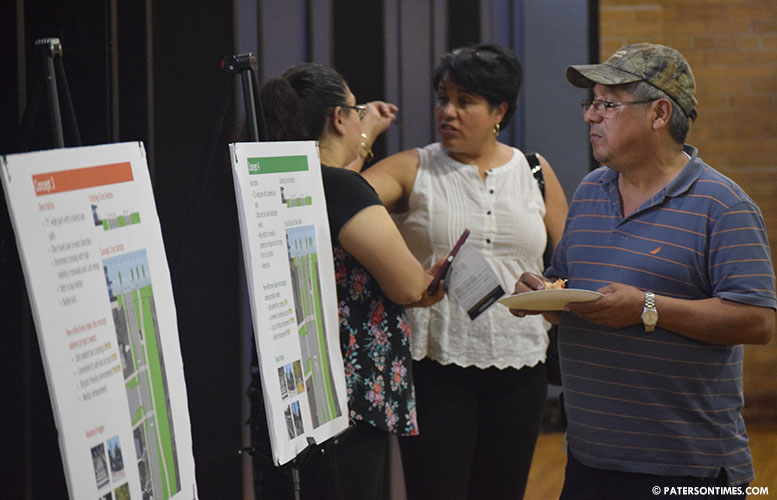 All four concepts reduce the existing four-lane roadway to two as a means to reduce accidents and improve pedestrian safety.

John Wisniewski, who lives on Lakeview Avenue, said he favors Concept 2, a redesign that contains a widened landscape median with an off-road shared path for pedestrian and bicycles running through the middle.

“It’s going to be a lot safer,” said Wisniewski, who has lived in the city for 54 years, as he examined the four concepts displayed on easels in the basement of School 25.

“That’s more recreational,” added Carlos Garcia (pictured), who lives on Paxton Street, looking at the same concept with an off-road path running through the center of the median.

Margarita Santiago favored Concept 4 which has a smaller median and a park area in front of the Cedar Lawn Cemetery with a shared use path.

The key reason for the redesign is to make the roadway safer. From 2014 to 2016, the 10 blocks of Lakeview Avenue had 100 crashes, according to Passaic County officials.

Michael Lysicatos, assistant director of the Passaic County Planning and Economic Development Department, said reduced number of lanes won’t create a traffic jam on Lakeview Avenue, which is owned by the county. He said 15,000 vehicles pass through the roadway every day.

Passaic County freeholder Assad Akhter, who lives in the Lakeview section, said some use the four-lane roadway as a racetrack for drag racing.

Wisniewski said two of his family vehicles were totaled after speeding motorists crashed into them.

Mayor-elect Andre Sayegh, 6th Ward councilman, promised to do more to improve safety on the roadway. He has pushed the improvement plan as a way to reduce accidents and improve pedestrian safety.

Sayegh re-assured the more than 100 residents of the 6th Ward, who attended the meeting, that he will continue to focus on their quality of life issues. He won’t represent the 6th Ward on the council after Jun. 30.

“Lakeview Avenue is a big, expansive road that hasn’t been charged, redesigned, or upgraded in decades,” said Akhter. “This is a chance, not only to make it look better, but to add some greenspace to our neighborhood.”

Passaic County officials said a cost estimate for the project won’t be available until a concept is picked. Residents completed surveys with their preference. The county will have to find funding for the project to start. It could take years before the project is completed. 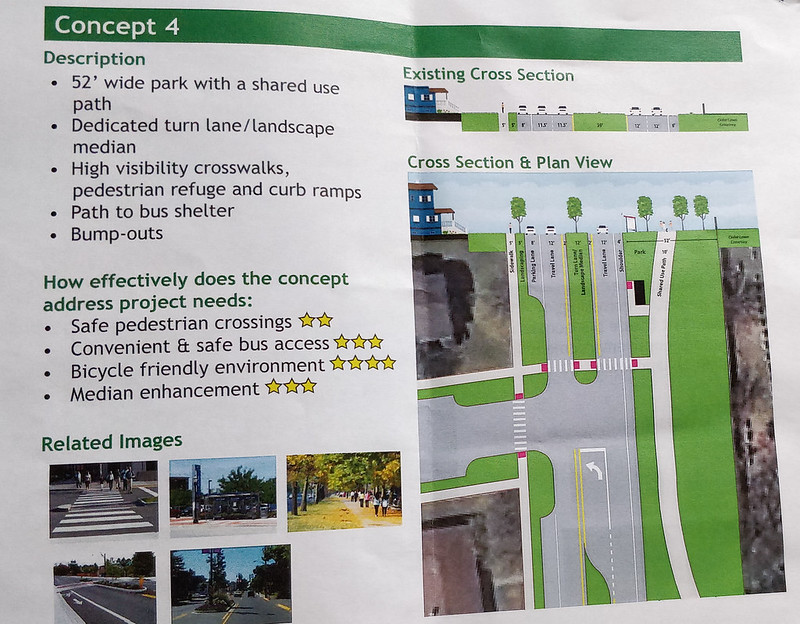