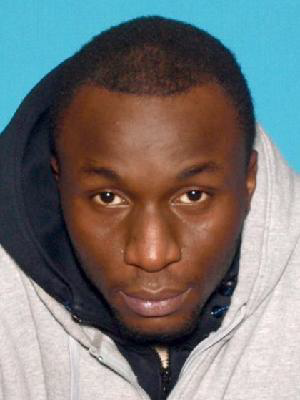 A city man was sentenced to 80 years in state prison for the torched car double murder on East 28th Street.

At sentencing, the judge merged the attempted robbery into the felony murder convictions. Thomas has to serve 85-percent of his sentence before becoming eligible for parole, authorities said.

Thomas and Clarence Williams were arrested for the murder of city residents Aaron Anderson, 27, and Antonio Vega, Jr., 25 on March 17, 2017. Police found the bodies of Anderson and Vega badly burned in a white Audi on East 28th Street between Broadway and 14th Avenue.

Williams is scheduled for trial on September 5, 2018.

At the trial, prosecutors presented evidence that showed Thomas and Williams met the victims in an attempt to commit a robbery. During the attempted robbery, Anderson and Vega were shot once in the head while sitting in their car that was double parked on East 28th Street.

Thomas and Williams and went to Walgreens after the shooting to buy lighter fluid. Prosecutors argued they returned to the car and lit it on fire with the bodies still inside.