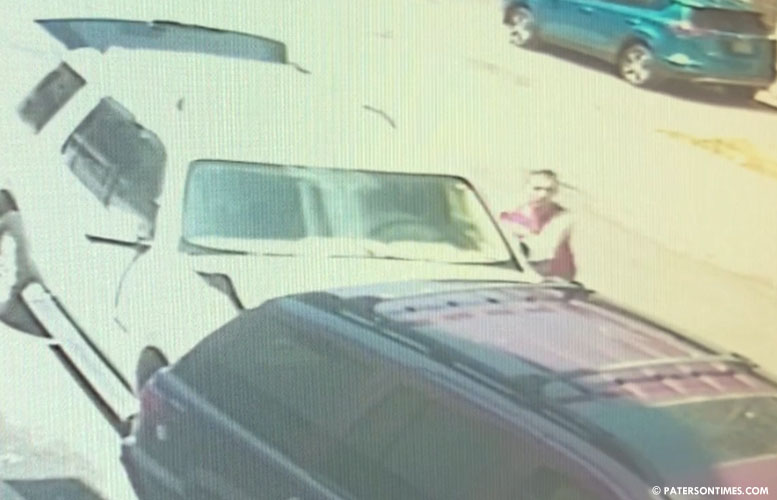 The police are seeking public assistance to identify and find a man accused of committing fraud at a store on River Street.

Police said the suspect, shown in the video, was confronted by an employee of the business. The female employee approached the suspect, who was seated in a white Ford Explorer. She talked to the suspect while standing on the SUV’s running board.

The suspect stepped on gas. Both the employee and the suspect were thrown from the moving vehicle on 5th Avenue and East 12th Street at around 11:26 a.m. on Jun. 14, 2018, according to police.

Police said the accelerating SUV crashed into a parked vehicle. The suspect is seen on video running behind the vehicle, jumping inside, and fleeing the scene. The vehicle has heavy front-end damage, according to police.

The suspect is wanted for aggravated assault and fraud.