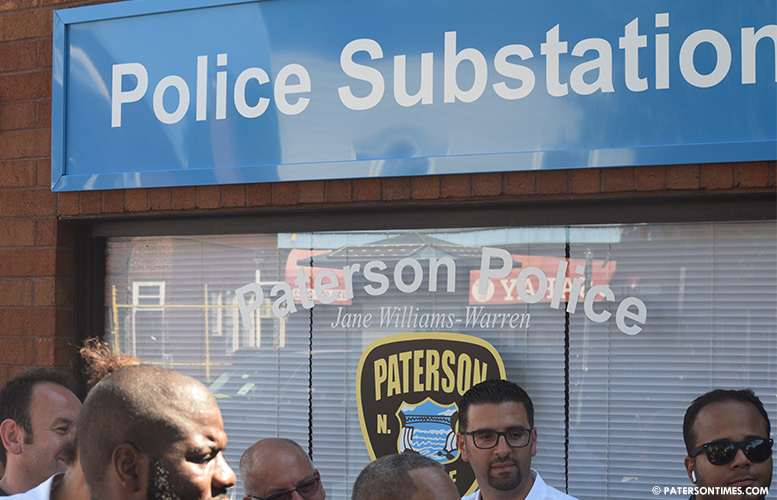 The South Paterson police substation that is the new home of the Community Policing Unit opened with fanfare on Friday afternoon.

Fifteen police officers will begin working out of the precinct on the lower floor of the South Paterson Library for now. The 5,000 square feet space will allow for police outreach efforts, youth programs, crime prevention seminars, and block watch meetings.

“This is just the beginning. Community policing and foot patrol began with policing. And this is just going to expand from here to throughout all the six wards of Paterson,” said police director Jerry Speziale. “This is another tool to drive down crime in Paterson.”

Police next week will start patrolling three parts of the city — the vicinity of the Great Falls, the downtown business district, and Main Street in South Paterson — on foot. There haven’t been permanent walking posts for 18 years, according to officials. Periodically, particularly during the summer, police officers patrolled Broadway on foot.

“We need one in every ward,” said mayor-elect Andre Sayegh, 6th Ward councilman, referring to substations. “This could serve as a model for the entire city.” The city has one other substation on Grand Street in the 2nd Ward which is home to the Traffic Division.

Sayegh credited his protégé Al Abdelaziz for constantly talking about bringing a substation to the South Paterson Library. In fact, a substation existed at the library in 1981, according to Sayegh.

“This will enhance the area. People will feel safer,” said Abdelaziz, who unsuccessfully ran against Sayegh for the 6th Ward seat in 2016.

Both Sayegh and Abdelaziz came together following the bitter election by agreeing to work together on the substation.

“Al, are you happy? Now we have a police substation,” Sayegh remarked to Abdelaziz. Both men reignited their friendship, working together in the trenches, during the recent mayoral election. 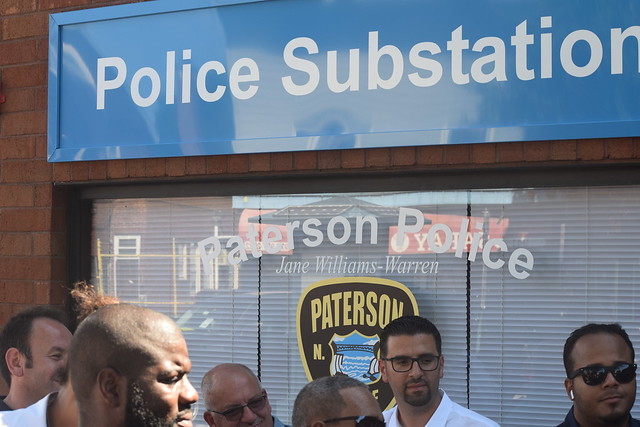 Williams-Warren looked at other potential locations. She liked the White House at Eastside Park, but ran into opposition. She eventually settled on the South Paterson Library which had enough square footage to accommodate police needs.

Sayegh made public details of the substation days before the mayoral election. His announcement caused a big political stir.

“I got a little criticism,” said Williams-Warren. Some criticized her administration for arbitrarily settling on the location without conducting a needs study.

Others have called for substations in the 1st and 4th Wards. Activist Ernest Rucker, through his Save the Village group, has arranged a deal with prominent developer Charles Florio to donate two buildings in both crime-ridden wards for substations.

Sayegh is open to using the donated buildings for substations, he said on Friday.

The South Paterson substation is being funded by a small portion of the $1 million grant the city received from the state.

Public works employees were creating a space on the side of the building for a new HVAC unit, estimated to cost approximately $40,000.

Speziale said the expenses will be covered by the grant funds.

The numbers of police officers working out of the new substation will increase as more officers are added to the Community Policing Unit, said deputy police chief Lourdes Phelan, who, this year, became the first woman deputy in the police department’s 150 years history.

Phelan is currently in charge of the substation. Lieutenant Sharon Easton, who is part of Williams-Warren’s security detail, will be put in charge after Jul. 1.