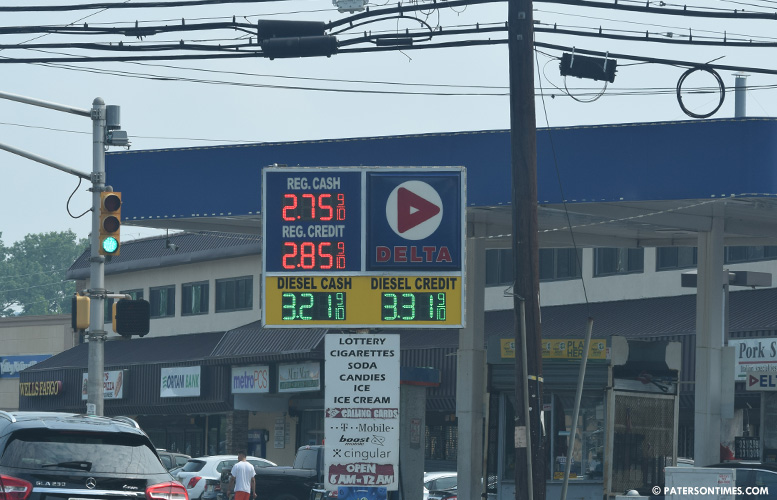 The New Jersey Division of Consumer Affairs cited 22 gas stations, including two in Paterson, for various violations in its two-week long enforcement operation dubbed “Operation Summer Octane” ahead of the busy Fourth of July travel week.

State inspectors from the Office of Weights and Measures led the unannounced fuel quality tests at 371 or about 10-percent of the state’s 3,000 licensed gas stations from June 11 through 27 in all 21 counties.

Only two gas stations, Runway Gas on Greenwood Avenue in Trenton and USA Gas on Landis Avenue in Vineland, were found allegedly selling gas that failed to deliver the advertised octane levels.

“With the busiest travel holiday of the summer upon us, we want motorists to have confidence that when they purchase gasoline at New Jersey stations, they’re going to get their money’s worth,” Paul R. Rodríguez, acting director of the Division of Consumer Affairs, said. “Operation Summer Octane was a proactive sweep to let stations know we’re watching to make sure they’re not charging consumers premium prices for low-grade gasoline.”

Gas prices this Independence Day are the highest seen in four years, according to Automobile Club of America (AAA). Consumers are paying on average $2.88 per gallon for regular and $3.35 for premium, a 47-cent price gap.

“When stations are charging nearly 50 cents a gallon more for premium gasoline the potential for illegal profit can be a temptation for unscrupulous station owners,” Rodríguez said “The good news is, our unannounced inspections found that 99 percent of the stations were pumping the proper grade of fuel.  The small minority that weren’t will be held accountable.”

Other stations cited were:

The state formed a “Octane Task Force,” made up of inspectors from 17 state, county, and municipal weights and measures offices.

Inspectors used portable octane testers to conduct their tests of unleaded gasoline rated 87, 89, 91, 92, and 93 octanes at each of the stations.

When octane levels are too low, gasoline can self-ignite during compression causing higher pressures than the engine components can handle. It leads to persistent knocking sound in the engine. In some cases, it can lead to broken connecting rods, melted pistons, and other damaged parts. Engine damage risk is higher for high-performance vehicles.