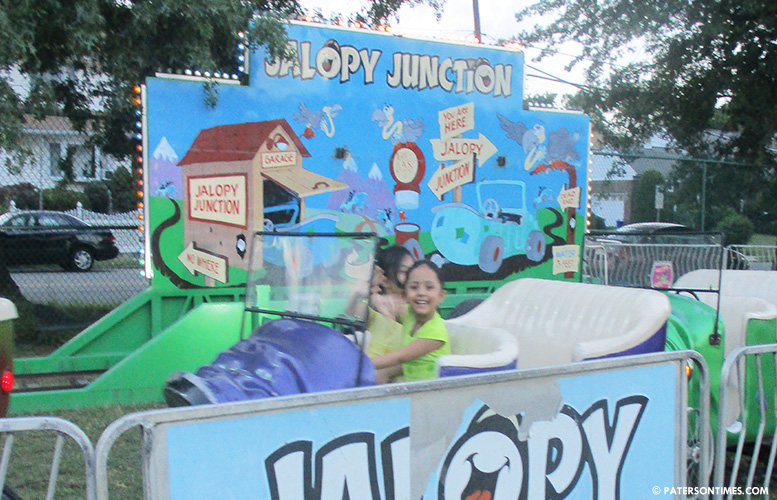 Nine-year old Layla Rivera beamed as she proudly displayed the prize she had won. A real goldfish animatedly swam in a clear, plastic bag filled with water. The third grader from School 28 was accompanied by her father, Luis Rivera, and mother, Jessica Rivera, at the carnival in Westside Park on Thursday evening.

“I like the rides,” Layla said at the annual carnival sponsored by the Paterson Bronze Heat Chapter of the International Association of Black Professional Firefighters and the Bronze Shields of Passaic County. “I also like the games. I’m happy that my mom and dad brought me to the carnival.”

The carnival had something for everyone. Food vendors throughout the carnival’s midway served traditional, festive fare such as funnel cakes, popcorn, cotton candy, and snow cones. 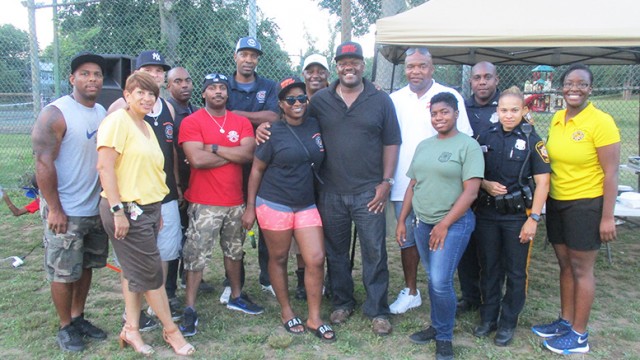 Amusement rides included the death defying Screamer in which participants sit in two, large enclosed areas and are lifted high in the air while simultaneously turning upside down. There were kiddie rides – a small roller coaster, traditional Ferris Wheel, and Merry-Go-Round.

“I’ve lived in Paterson for 22 years,” Mukhlis Miah said. “This is the first time I’ve been to the carnival. I think it is tremendous.”

Miah saw crews setting up at the park the previous day while en route to visit his sister in Totowa. “When we saw the carnival being set up yesterday, I knew I had to come,” Miah stated. “I’m glad to be here and to be a Paterson resident.”

Mukhlis Miah and his wife, Bable Begum, with their daughters, Tasmeem and Sharmila Begum, at the annual carnival.

Joshua Cordero, 16, was glad to be at the carnival. He came to hang out with his friends.

“I think this is great for the little kids and their families,” said Cordero, who will begin his junior year at John F. Kennedy High School in the fall. Three of Cordero’s buddies soon appeared. To battle the stifling heat and humidity, each member of the quartet ordered a large soda with ice from a nearby vendor.

The carnival will remain at Westside Park through Friday, Saturday, and Sunday. On Friday, the carnival runs from 4-10 p.m. On Saturday and Sunday, it runs from 2-10 p.m. Organizers have invited the entire city to attend.

“This weekend, I’m looking for nice crowds to come,” said Alton Dixon, one of the organizers of the carnival.