Paterson man guilty of killing 1, shooting at 2 others on Straight Street | Paterson Times 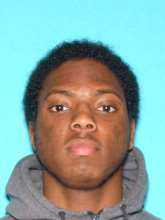 A Passaic County jury found 21-year-old Tamaj Lemmon guilty on Friday for the murder of Vishon Randolph last April, according to the Passaic County Prosecutor’s Office.

The jury convicted Lemmon following five days of deliberation. He was also found guilty of three counts of second-degree weapon possession for an unlawful purpose, unlawful possession of a weapon, and third-degree aggravated assault, authorities said.

Lemmon fired on three people at the intersection of Straight and Montgomery streets on April 22, 2017.

Authorities said he shot at Randolph, Z.K, and T.D. Randolph was shot multiple times in the cause causing his death. Z.K. was shot in the back, authorities said.

Lemmon faces a maximum of life in prison for the murder and 30 years for the weapons convictions.

His sentencing is scheduled for September 18, 2018 before judge Justine Niccollai.