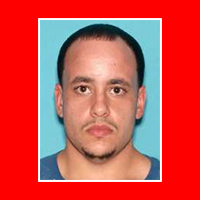 A city man has been arrested and charged with attempted murder and weapons offenses for his alleged role in a shooting at the violent Main and Weiss intersection, the Passaic County Prosecutor’s Office said on Tuesday.

Daniel A. Maldonado, 33-year-old, of Paterson, was arrested on Monday for his involvement in the April 23, 2018 shooting at the intersection, authorities said. Police picked him up from the corner of Braun and Chadwick streets, authorities said.

Maldonado allegedly shot a 22-year-old city man at the corner.

Maldonado faces a long prison sentence if found guilty of the offenses. He is scheduled to appear before a judge on Tuesday at 1:30 p.m. Prosecutors will file a motion for pretrial detention.