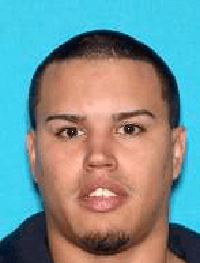 A city man was arrested on Park Avenue and charged with attempted murder and weapons offenses on Tuesday for his alleged involvement in a shooting on 21st Avenue last month, according to the Passaic County Prosecutor’s Office.

Milete is accused of shooting a 29-year-old city man in the area of 21st Avenue and Plum Street on June 24, 2018, authorities said. The victim was shot near a food truck in that area t around 3:23 a.m.

He could face a long prison sentence if convicted of the charges.

Authorities said Milete is scheduled to appear before a judge on Wednesday at 1:30 p.m. Prosecutors will file a motion for pretrial detention.