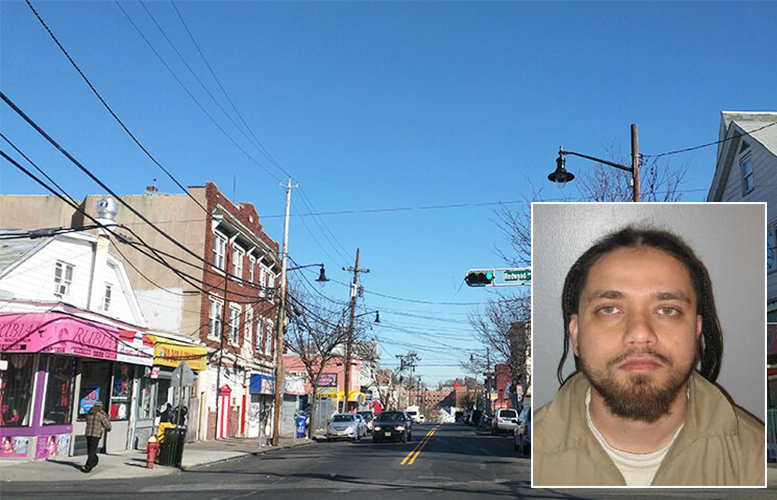 A convicted criminal who served three separate stints in prison, most recent ended in May, was arrested twice in under a month for allegedly dealing drugs at the proposed hotspot zone on Union Avenue, according to police.

Kinu Miah, 27-year-old, of Redwood Avenue, was arrested twice in a 25-day span.

On Aug. 3, he was picked up when police raided 430 Union Avenue, a block away from the Union-Redwood intersection. Police charged him with having 8 baggies of marijuana. He was also charged with intent to distribute and intent to deal in a school zone.

During the raid, police also charged Savion L. Clark, 28, of Manchester Avenue, with having 20 glassines of heroin stamped “Coconut Water” in blue ink and 9 baggies of crack-cocaine. He was charged with a total of six drug offenses, said police.

On Jul. 9, police caught Miah with 5 baggies of cocaine, 9 baggies of marijuana, and 7 baggies of crack-cocaine at the intersection of Union Avenue and Jasper Street.

Miah, pictured above, was charged with nine drug offenses. Police confiscated $213 in drug money from him.

Miah was released from the Mountainview Youth Correctional Facility three months ago. That was his third stint in prison. Three times he was convicted of committing robbery, according to prison records.

The presence of people like Miah has made the section of Union Avenue from Redwood Avenue to Kearney Street a dangerous stretch.

Police have described the area as a “breeding ground for criminal activity” in a report presented to the City Council last week.