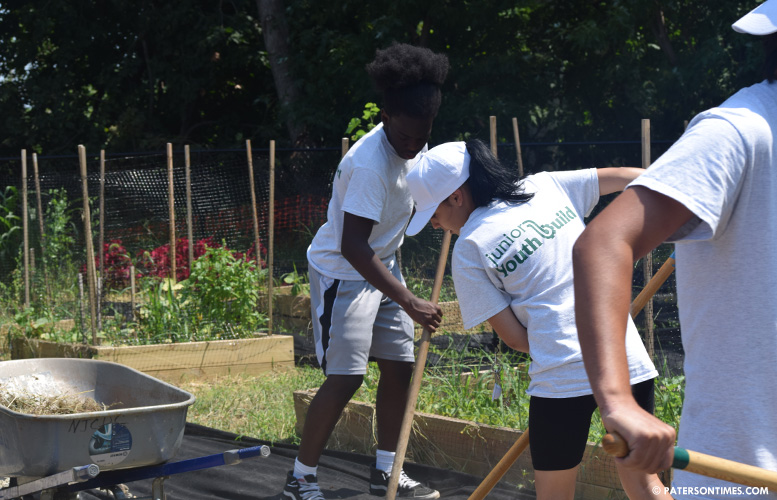 15-year-old Ijanah Phillips wanted to work after school closed, but had a tough time finding a summer job.

“I was searching really hard for a job that would hire a 15-year-old,” said Phillips, a student at Rosa Parks High School. She received some help from her aunt, councilwoman Lilisa Mimms, who told her about the New Jersey Community Development Corporation (NJCDC), which at the time ran a small advertisement seeking applicants for summer jobs.

Such is one of the dilemmas for the city’s thousands of teenagers. Community leaders have long talked about the problem unoccupied teenagers get themselves into during the summer months.

A summer job usually keeps teens out of trouble, they say.

Phillips is one of 35 teens in the nonprofit’s summer jobs program called the Junior YouthBuild. The young people work from 10 a.m. to 4 p.m. for six weeks.

Bob Guarasci, president of the New Jersey Community Development Corporation, said young people receive regular pay checks. He said at the end of the program, a teen earns $1,500. Hard-earned money that many of them use for school shopping.

Phillips said she will use a portion of her money for back-to-school shopping.

“I know for many of you this is probably your first job,” said Guarasci. “I think that’s a good thing. It shows you what it means to be employed.”

The teenagers spent their six weeks cleaning up their hometown. Some of the key projects included painting a retaining wall at John F. Kennedy High School and creating murals at School 19.

“I think we did a lot,” added Jahniya Harris, 15, a student at the Paterson Charter School for Science and Technology.

“If we actually clean places, I think we’ll have less crime,” said Phillips.

On Wednesday afternoon, the group was beautifying the community garden, that has tomatoes, daisies, and other flowers, behind the new Great Falls Youth Center on Front Street.

The summer jobs program was funded by a $70,000 grant from the U.S. Housing and Urban Development (HUD) Community Development Block Grant (CDBG) program. Grant funds was awarded to the nonprofit by the city.

“We got to improve our city’s image. So, people from the outside, who may be ignorant about what’s positive about Paterson, learn what we are really all about,” Sayegh told the young people.

“You develop a work ethic,” he said. He said the young people, by having to wake up early in the morning and put in eight hours for a pay check, can better relate to their parents and other working adults in their lives.

The young people thanked the mayor and the nonprofit’s president for giving them summer jobs.

“I just want to thank Bob and Andre for giving us the opportunity to work,” said McClam. 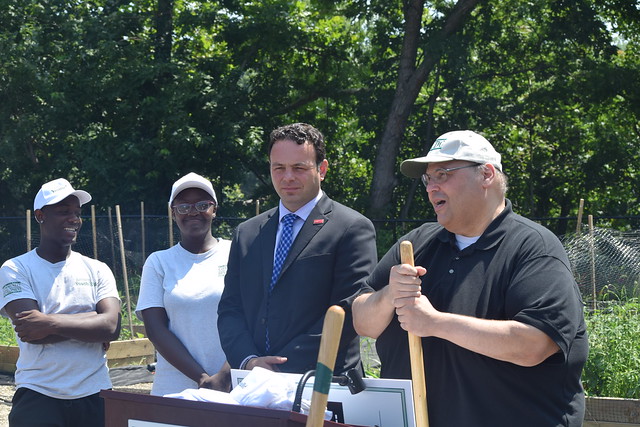