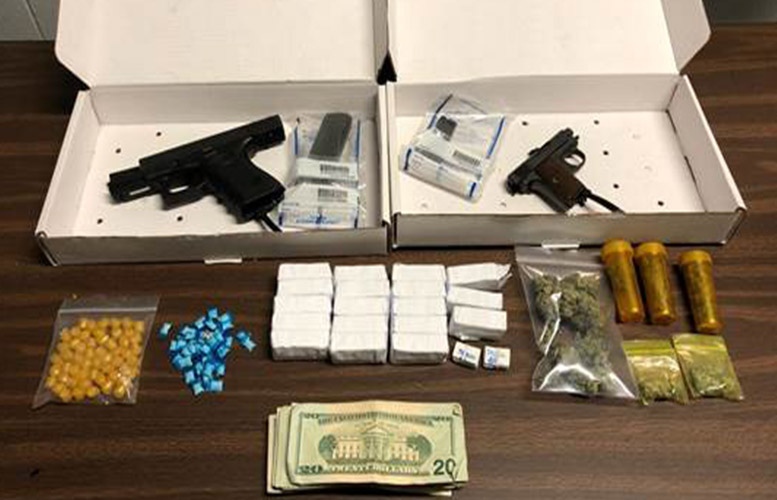 Detectives confiscated two handguns and hundreds of bags of heroin from an abandoned house and parking lot on Hamilton Avenue, according to Passaic County Sheriff Richard Berdnik.

Berdnik said detectives observed a drug sale between Dion Moore, 40, of Paterson, and David Caporizzo, 31, of Fairfield at 221 Hamilton Avenue.

Both men were arrested, authorities said. 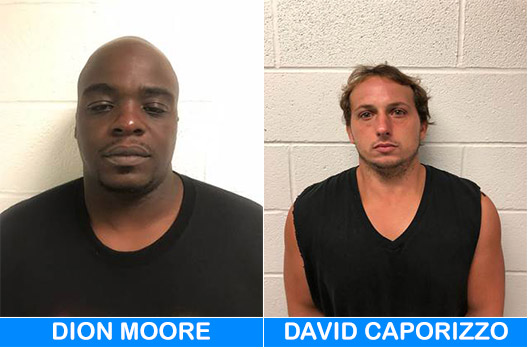 Moore was charged with 12 drug offenses, 3 weapons offenses, and 2 receiving stolen property for having a stolen vehicle and handgun.

Caporizzo was charged with drug possession.

Moore spoke to Caporizzo. He then walked to a stolen blue minivan parked in a vacant parking lot.

Moore obtained small items from the stolen vehicle and handed them to Caporizzo in exchange for money.

Caporizzo left the area followed by other officers. His vehicle was pulled over. Two baggies of crack cocaine were found in his vehicle.

Moore returned to the minivan and retrieved a package of heroin that he threw to an unknown woman.

Detectives tried to stop the woman, but lost sight of her.

Authorities said Moore had $926 in suspected drug proceeds in his pockets. Inside the stolen minivan, detectives observed an assortment of drugs in plain view.

Berdnik said the investigation started with a tip from a concerned citizen. He commended the citizen for providing authorities with information that led to the arrests and seizure of drugs and weapons.

“The message should be clear, if you come into Passaic County to purchase narcotics, you will be arrested,” Berdnik said.

Moore is being held at the Passaic County Jail. Caporizzo was charged and released.