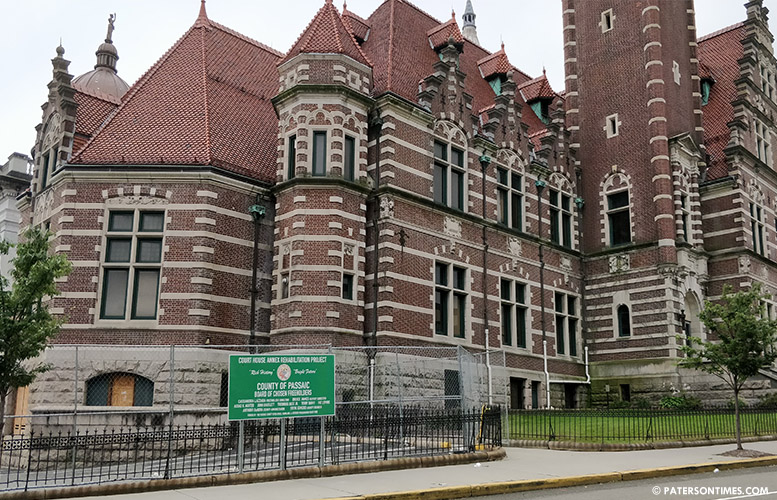 The cost to rehabilitate the historic Passaic County Courthouse Annex, commonly known as the old Paterson post office, has increased by $1.2 million.

Passaic County officials had awarded a $8 million contract to H&S Construction & Mechanical of Elizabeth last year to restore the 19th century building. Through a series of change orders, the cost has gone up to $9.18 million.

The latest change order for $350,000 was approved last month. The cost increase is attributed to asbestos materials found inside the building.

“It used a unique structural system and the ceilings and walls are protected by fireproof plaster. This plaster was found to have asbestos containing materials,” said Keith Furlong, a spokesman for the Passaic County government. “Through multiple site visits by the State of NJ Dept. of Community Affairs (DCA) the final determination was made to remove additional plaster materials.”

Furlong said the state directed the county to “encapsulate the attic space of 63 Hamilton to mitigate any hazards of [asbestos-containing material] ACM. These additional efforts resulted in additional work and a cost increase.”

The project is a complete gut renovation, he said. He also pointed to the great historic significance of the structure. The structure at 63 Hamilton Street is one of few Dutch Baroque Revival style buildings in the United States, said Furlong.

Built in 1899, the building housed the main post office for the city, until 1932. Five years later, the Passaic County government acquired the building for its administrative offices.

Passaic County officials had expected to have the renovation finished in October. However, due to the extra work completion time frame has been pushed to spring 2019.

Once renovated, the building will restore the use of the historic Grand Jury Room and accommodate other court functions, said the spokesman.