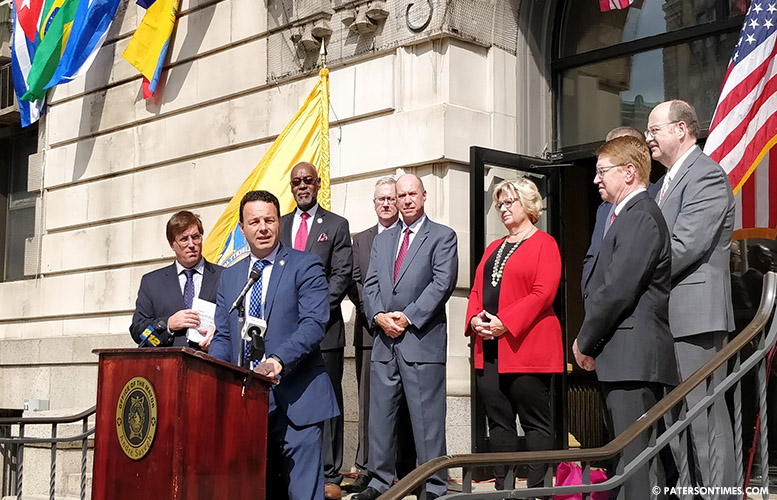 The study will look into building a high-speed 5G fiber network in commercial and industrial areas of Paterson and Passaic City so that Passaic County “can better attract and support entrepreneurs and emerging sector employers.”

“We want to enhance the fiber network. People talk about dark fibre all the time. We want to make sure we bring that to fruition so that we can attract more investment,” said Sayegh on Wednesday. “For a city built on industry, we’re going to have to attract industry.”

Verizon has an extensive fiber-optic network in the city. The proposed new network will be much faster, said officials.

“We want the technology part of this to be second to none,” said Passaic County freeholder Bruce James. He said the new network will replace the existing Passaic County private internet network.

Passaic County was one of nine communities to receive a $100,000 award through governor Phil Murphy’s Innovation Challenge. Murphy’s plan is to support infrastructure improvement and redevelopment to “seed innovation.”

“You may look at this and at first blush say it’s only hundred thousand dollars. That’s myopic. This could translate to millions of dollars,” said Sayegh.

Official said the study has to be completed within a year.