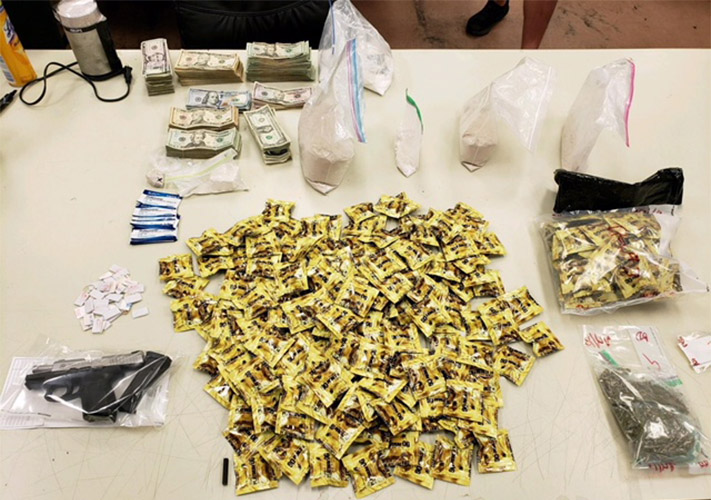 The police dismantled a Lyndhurst man’s drug operation, seizing 3 pounds of heroin, 1.5-pound of marijuana, 3 handguns, and $15,000 in cash, according to police director Jerry Speziale.

Abdur J. Smallwood, 42, was arrested on 37 drugs and weapons charges early Friday morning. Police raided his drug operations at 13 East 19th Street in Paterson and his home at 1301 Wall Street, apartment 5420, in Lyndhurst at around 1 a.m.

Weapons and ammo seized in bust.

“This was a significant arrest and the closure of a major heroin distribution operation,” Speziale said. “We appreciate the assistance between the agencies involved in stopping the flow of illegal heroin.”

Smallwood’s activities were uncovered through a surveillance operation setup outside a strip club on 1st Avenue and East 19th Street in Paterson following a tip.

Police were informed of drug dealing outside of the strip club.