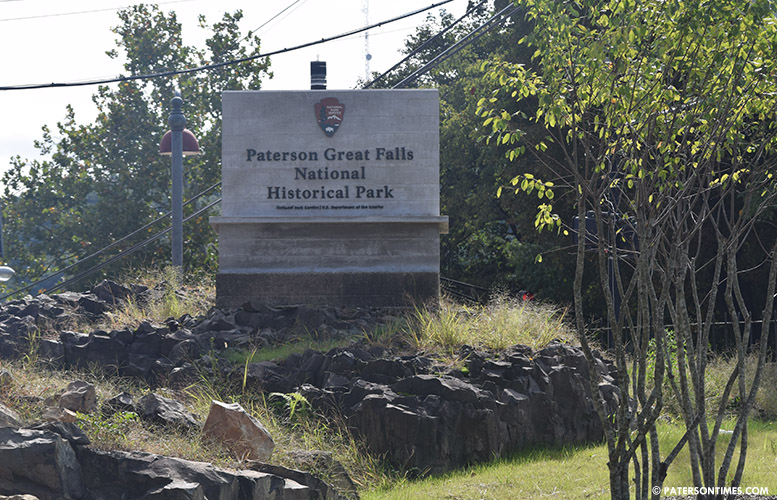 The Overlook Park at the Great Falls National Historical Park had its “grand re-opening” on Friday morning following a $3.2 million renovation over the past year.

Visitors will find a natural stone amphitheater on the lower terrace. A walkway that allows for an exceptional view of the waterfall and access to Mary Ellen Kramer Park. And a restored Alexander Hamilton statute in the plaza.

“As a city councilman and during my campaign for Mayor, I shared my belief that while this historic waterfall led to the birth of the first industrial city in the United States, it will also help lead to the economic development re-birth of Paterson,” said Andre Sayegh at the ribbon cutting for the re-opening. “This event is a true highlight of my first 100 days in office.”

With the re-opening that includes a new Great Falls National Historical Park sign and a resurfaced parking lot, Boch expects more visitors in the coming months.

“The completion of Overlook Park is the greatest example yet of what a partnership park looks like; when all levels of government pool their resources and join forces around a unified vision,” said Boch.

“This is where America attained greatness. This is where workers worked and fed their families. These are sacred grounds,” said Rep. Bill Pascrell. “We’ve just begun.”

Pascrell said he is looking towards the $4 million renovation of the Great Lawn, the former Allied Textile Printing (ATP) site. A groundbreaking is scheduled for November. At the same time, the Hamilton Partnership for Paterson is moving to build a $20 million visitor center before the 10th anniversary of the Great Falls National Historical Park.

Leonard Zax, president of the Hamilton Partnership for Paterson, is pushing for the visitor center to be completed by November 2021.

Boch said the amphitheater area has been booked already for a music event by the Passaic County Community College. He said some have already expressed interest to use it for weddings (the Great Falls has become an immensely population location for wedding photography), concerts, and bar mitzvah events.

The space can accommodate 125-150 people, said Boch. More than a hundred people, including dozens of young people and government officials, attended the ribbon cutting event.

Former mayor Lawrence “Pat” Kramer, whose wife Mary played a key role in preserving the Great Falls, addressed the youngsters, urging them to “pick up” a share of their “obligation” to rebuild the once mighty industrial town.

“Every time our nation was in real trouble, facing a huge problem, the roads to the solution led back to her industrial capability, that would meet the crisis again and again. Where was that industrial capacity born? Right here in Paterson,” said Kramer.

“Governor Murphy and I are going to stand with Paterson to make certain Paterson gets to restore its prominence as a great city within our state,” said Oliver. 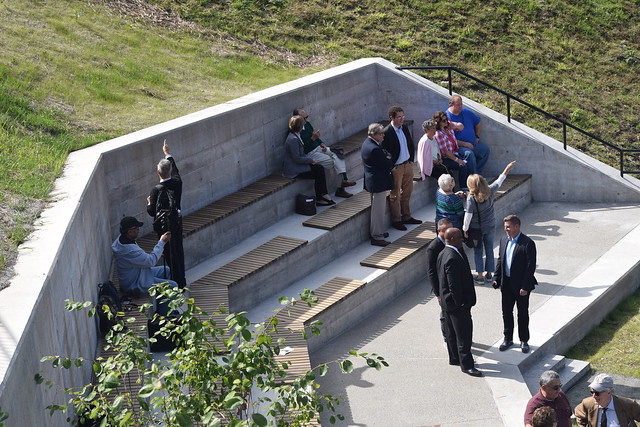