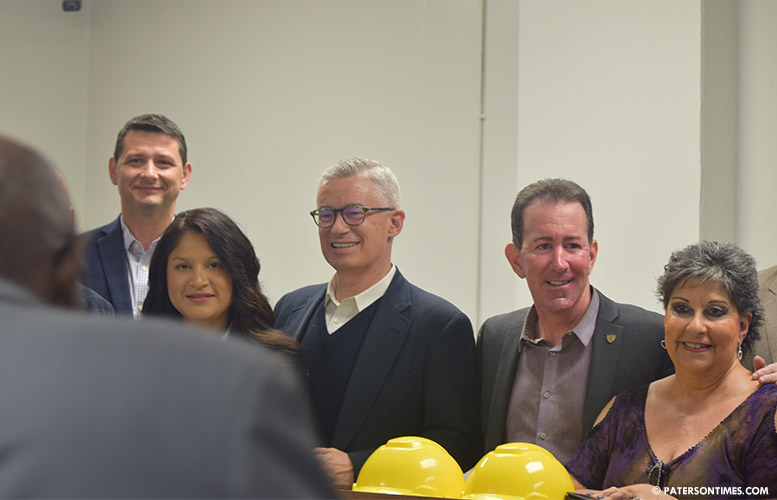 The program is seeking recruits. Candidates have to be 18 years or older, have a valid driver’s license, and possess a high school diploma or equivalent. Recruits will be trained in general construction and receive an OSHA 30 certification.

Program runs for 16 weeks. Classes are from Monday through Thursday from 5:30 to 9:30 p.m. to allow adults to attend school and work.

The program is aimed helping the unemployed, underemployed, and formerly incarcerated by providing them with training and credentials to secure jobs in the private sector.

“Industry recognized credential overcomes a criminal history,” said McGreevey. He said it takes $4,000 to train each recruit. Both the New Jersey Reentry Corporation and the New Jersey Department of Labor will fund the program, he said.

HoHoKus School of Trade has a 92-percent placement rate. It ensures each trainee has a job after completing its program.

Norman Watt, 69, who resides in Paterson, is an example of HoHoKus School of Trade’s success. He served time for murder, but after earning a certificate from the school he was able to change his life, he said.

“It gives you a place in society. If you don’t have a job you’re constantly shuffling around. You have to have a way to put food on the table,” said Watt.

“Those things build your heart up,” said Watt, referring to training and employment. After getting out of prison, he sometimes cried out of desperation as he struggled to rebuild his life, he said. “If I can do it, others can.”

There were five people in attendance, who are looking to rebuild their lives by earning a certificate from the school.

“I’m here to get my life together,” said Justin Wade, 31, of Passaic City, who served a prison stint. He is enrolled in the school’s welding program, he said. “Me being here is a big change. I like it here.”

Wade said employers almost always discriminate against people with a criminal record. “When you see somebody with a certification, they see that first, and might overlook the background,” he said.

The NJ Build program trains people to find jobs in the construction industry, where jobs are abundant.

“Construction is booming,” said Atanas Nakev of UniMak, a general contractor out of Saddle Brook.

“There are so many jobs right now,” said Tom Eastwick, president of Eastwick College which runs the trade school. “Everybody got jobs in the last two years.”

Those interested in applying for the program should contact Catherine Davis, case manager, at [email protected] or 732-509-9303.