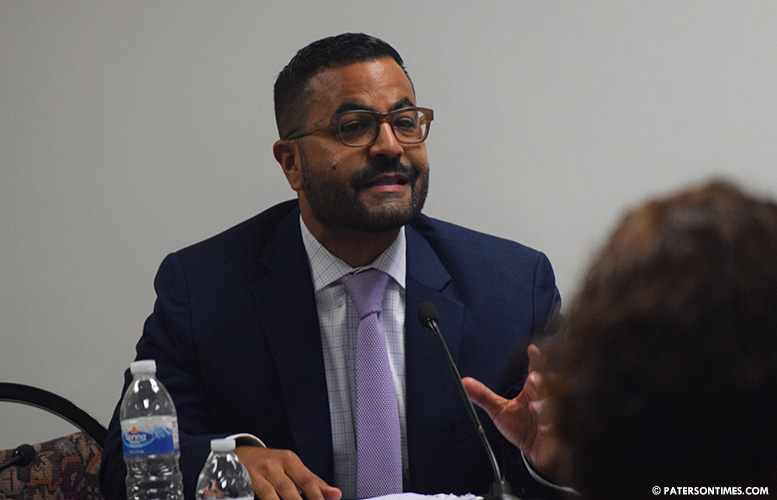 Below are the tallies of other full-term contenders:

The tallies above do not include mail-in and provisional ballots.

Some of the challengers — Baralt, Gonzalez, and Robertson – had significant number of mail-in votes, a potent weapon that has turned races upside down since 2012. Each had 1,300 vote-by-mail ballots, not enough to unseat any of the incumbents.

Eddy Pichardo speaking at the first school board debate.

Meanwhile, incumbent Vincent Arrington secured the most votes in the truncated-term race. He had 3,591 votes, followed by newcomer Eddy Pichardo.

Other contenders in the truncated-term race tallied as follows:

Both men are at some risk of losing their lead to other candidates. For example, Uddin has 1,200 mail-in votes. But, even if his mail-in votes are counted, he falls short. However, Rondon and Oliveres have more than 500 mail-in votes each, according to sources.

The incumbents in the race received assistance from outside groups. For example, a Hudson County super PAC that backed mayor Andre Sayegh earlier in the year, dropped multiple mailers for the incumbents and Pichardo.

It’s not clear how much the super PAC spent in the race.

The incumbents also received the support of the Paterson Education Association, the teachers’ union.