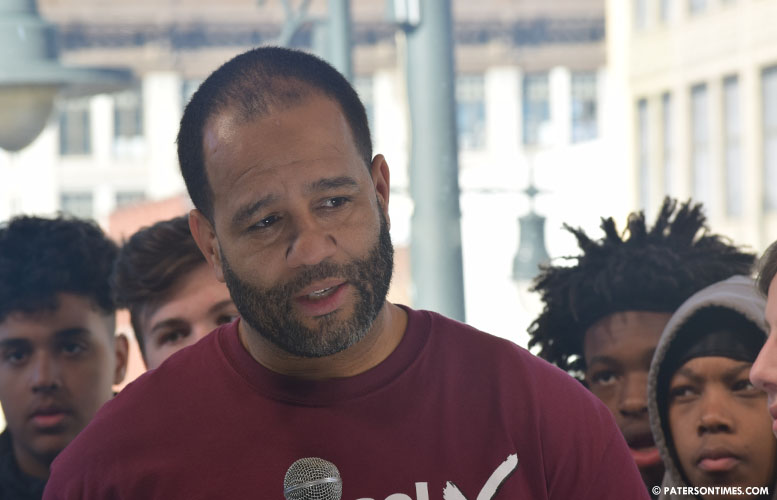 Councilman Michael Jackson’s liquor license for Jacksonville, a soul food restaurant on Grand Street, has lapsed, leading some of his critics to allege the councilman is serving alcohol at his eatery without a permit.

Jackson denied the allegations on Friday.

“I’m not open, my place is not open,” said Jackson. “That’s not true. My license has not lapsed. I’ll show you proof of my extension. My renewal has been paid. The state is requiring me to do extra filings.”

“It’s an extension on your previous. If your license expired, it lets you continue,” said Coryell explaining ad interim permit.

Jackson has had two previous ad interim permits, she said. The last one expired on Oct. 4, 2018.

Without a permit Jackson is prohibited from serving alcohol in his restaurant. He is also barred from allowing patrons to bring their own liquor, according to local ABC officials.

Jackson has submitted an application to renew his license, said Coryell. She said the state has not issued a renewal certificate. He has yet to receive tax clearance from the state to secure his license renewal.

“My office flooded and I lost a lot of personal records. I’m in the process of recovering a lot of those records so that I can do my personal filing,” said Jackson.

Though Jackson at first said his business is closed, an advertisement on social media is promoting “Bottomless Brunch Sundays” at Jacksonville. Some of his detractors said his business is also open on Thursday nights. Patrons are allowed inside the business, not through the main Grand Street door, but via the 36 Marshall Street entrance.

“The only days I have been open is on Sundays and we don’t serve any alcohol,” said Jackson. He is allowed to operate his restaurant, but prohibited from serving alcohol.

Councilman Luis Velez, who represents the area where Jackson’s restaurant is located, said he has witnessed the business being open late at night.

“I get quality of life complaints in the area,” said Velez, who is known for patrolling his political district, when contacted for comments on Saturday. He said it sets a bad example for residents when a councilman fails to follow the law.

“He has to set an example. Nobody should be above the law,” said Velez.

Jackson said he doesn’t understand why people make a “big deal” of his issues. He said his business is undergoing an expansion. He did not have a specific full re-opening date.

Jackson has received critical coverage relating to his business over the past years over a defaulted loan and his bankruptcy filing. He has said the Great Recession devastated his business and led to his financial problems.

Some of his opponents in past elections have tried to campaign against him on his financial problems. But he has been able to shrewdly preempt their attacks by recognizing his financial woes and attributing them to a downturn in the economy.

Liquor license holders usually renew their licenses through the local ABC board. In Jackson’s case, because he is a sitting councilman, the state has to approve his license renewal. Similarly, enforcement action against a liquor business is handled by the police, but in Jackson’s case, it’s the state that has to handle enforcement.

“We just learned of this yesterday and we will be looking into it. If we find there are violations, we will take appropriate actions,” said Coryell on Friday.