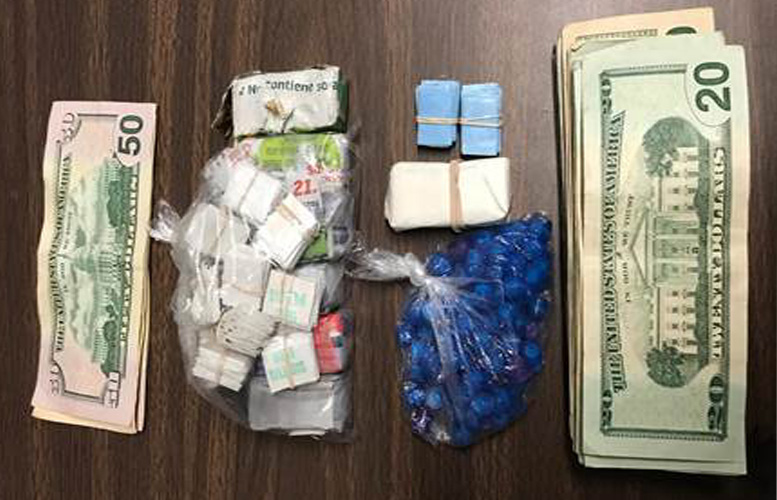 A city man and his roommate were arrested on drug possession charges Monday for allegedly having more than 600 glassine envelopes of heroin in their possession, according to Passaic County Sheriff Richard Berdnik. 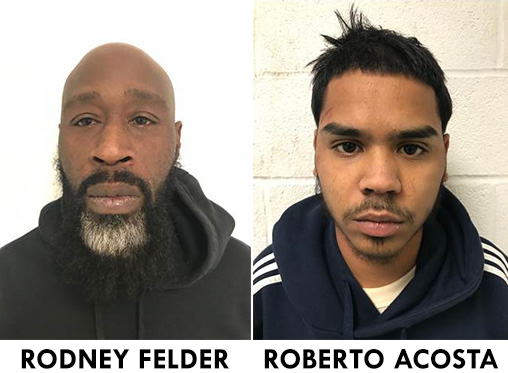 Roberto Acosta, 22, and Rodney Felder, 46, have been charged with multiple drug possession, distribution, and distribution in a school zone offenses. Additionally, Acosta is charged with obstruction of justice and resisting arrest by flight.

Detectives caught Acosta in a surveillance operation on Chadwick and Mary streets. He was seen exiting 27 Mary Street and engage in an alleged drug transaction with an unidentified man in a beige sedan.

At that moment, detectives attempted to arrest both the buyer and seller. Acosta noticed detectives moved in on him and fled on foot. Acosta discarded 400 packages of heroin while fleeing.

Detectives arrested Acosta at Main and Barclay streets. He had $60 in cash in his pants pocket. But his alleged buyer disappeared.

At Acosta’s residence detectives were met by his roommate, Felder. 100 packages of heroin and $102 was recovered from Acosta’s bedroom.

Throughout the investigation, detectives determined Felder was involved in drug trafficking. A search of his bedroom yielded 81 vials of crack cocaine, 120 packages of heroin, and $530 in cash.

Detectives seized 620 packages of heroin, 81 vials of crack cocaine, and $690 in cash from the two alleged dealers.