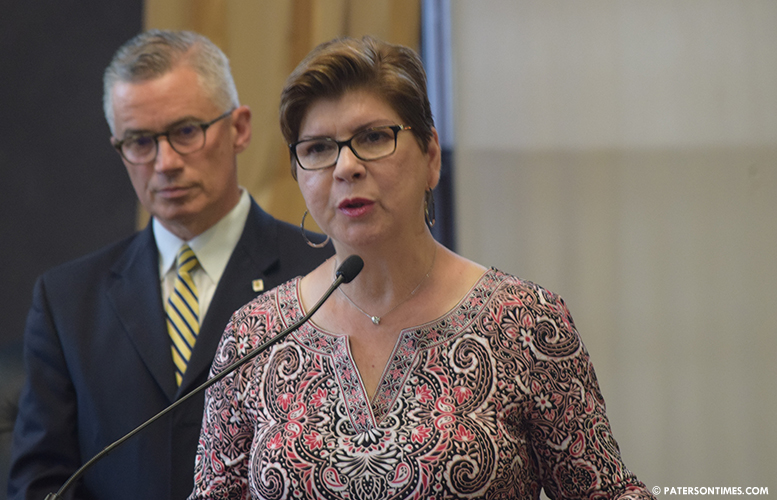 Former municipal business administrator Nellie Pou has been hired as a part-time employee at the Paterson Parking Authority.

Pou began working as a project assistant for the agency on Wednesday. Her salary is set at $56,000 without benefits, said Tony Perez, director of the Paterson Parking Authority. She is expected to work 20 to 25 hours per week.

“Her experience and knowledge, not only of city government but state government, will be a strong asset for the Parking Authority,” said Perez on Wednesday. She will be working on some of the multi-million-dollar projects, funded by $130 million in state tax credits, the Paterson Parking Authority is expected to oversee.

Perez pointed out Pou has more than three decades of government experience. She was most recently the city’s business administrator under former mayor Jose “Joey” Torres’ administration.

“I don’t know her specific role,” said Sayegh on Wednesday when asked if he was aware of Pou’s new job at the Paterson Parking Authority. “I’d have to find out more about her role.”

Sayegh said he heard about the hire “through the grapevine.”

“I’m happy to join the Paterson Parking Authority to work on projects that will be helpful and beneficial to the entity and the City of Paterson,” said Pou. She explained her role will include coordinating the projects with different entities and ensuring compliance with various requirements.

Perez said the agency is not taking on an additional expense by hiring of Pou, who represents the state’s 35th legislative district, which includes Paterson, in the New Jersey Senate. He said the agency’s manager of operations, who collected an $80,000 salary, recently retired.

Will Pou carry out the duties of the operations manager? “She’s strictly going to be handling the projects,” said Perez. When asked if he planned to hire a replacement for the manager of operations, he said he will consider a part-timer to fill the role.

Perez initially did not respond to inquiries about the hiring of the senator. He was contacted twice in late December.