Paterson man dies in hospital after telling police, ‘They trying to kill me’ | Paterson Times 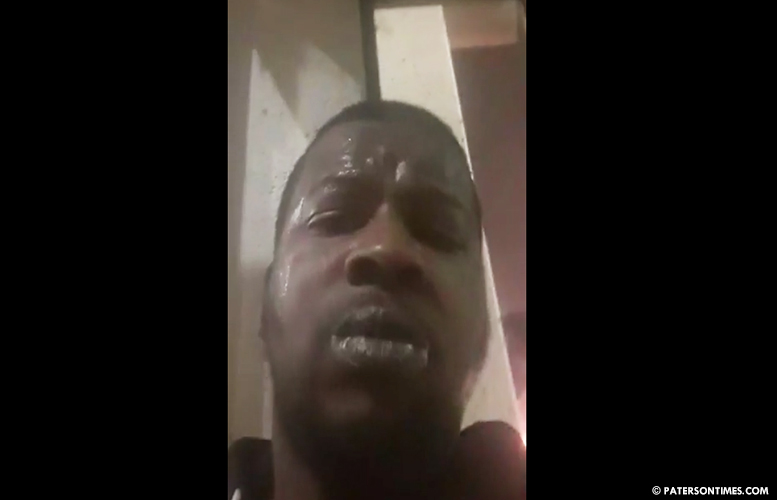 A distraught man live streamed a video of himself at the lobby of the Paterson police headquarters early Saturday morning asking for help and claiming people, including police officers, were trying to kill him.

Jameek Lowery, 27, of Paterson, died at the hospital early Monday morning, according to law enforcement officials and his family. He is seen in the video, face covered in heavy sweat and out of breath, at the front desk of the police station.

“I see him. Yo, they trying to kill me,” Lowery tells the officers in the video live broadcast at 3:52 a.m. on Saturday.

A police officer shines a flashlight to check. “Ain’t nobody there,” an officer tells him.

Lowery tells the officer to walk “over there.” The officer moves a few steps, shines his light, and again tells him no one is there.

“They are trying to kill me. I didn’t do shit,” Lowery is heard saying. “They’re trying to shoot me they selves. I’m good. I’m just paranoid.”

A police officer tells him to breathe.

The three police officers, who have been placed on administrative leave pending an investigation by the Passaic County Prosecutor’s Office, keep their distance from Lowery.

There is no evidence a city police officer attacked the man, according to police sources. Police sources said Lowery took too many Ecstasy pill.

“Somebody call my mom. The cops are trying to kill me, they think I’m a witness. They think I’m f—ing with the FBI,” Lowery says in the four-minute video. “Ma, I’m sorry. They’re going to kill your baby boy.”

Lowery makes repeated requests for water. A voice is heard saying he can get water in the ambulance. Police officers tell him they are not allowed to provide people anything to eat.

Lowery augurs his own demise.

Lowery asks police officers if one of them will ride with him. An officer agrees to accompany him in the ambulance.

A firefighter arrives. Lowery says he is dehydrated and needs some water. The firefighter tells him there’s water at the hospital.

“They just kicked me out. They just beat me up in the hospital,” Lowery tells the firefighter.

“We immediately contacted Internal Affairs and the prosecutor’s office, who took over the investigation for transparency,” said Oswald.

Passaic County prosecutor Camelia Valdes’ office did not release any information about the incident on Monday.

“The cops killed him,” said McFadden. He claimed it took the ambulance two hours to take his brother to St. Joseph’s Regional Medical Center, but police sources say that’s incorrect.

Lowery was taken to the hospital in less than five minutes, according to police sources.

McFadden said his brother had been working with police as an informant in hopes of getting back his children. The state took away two of Lowery’s children in 2014, he said.

Police sources could not say whether Lowery was an informant for police. His brother says Lowery has text messages and phone call recordings showing he worked with a Narcotics Division detective.