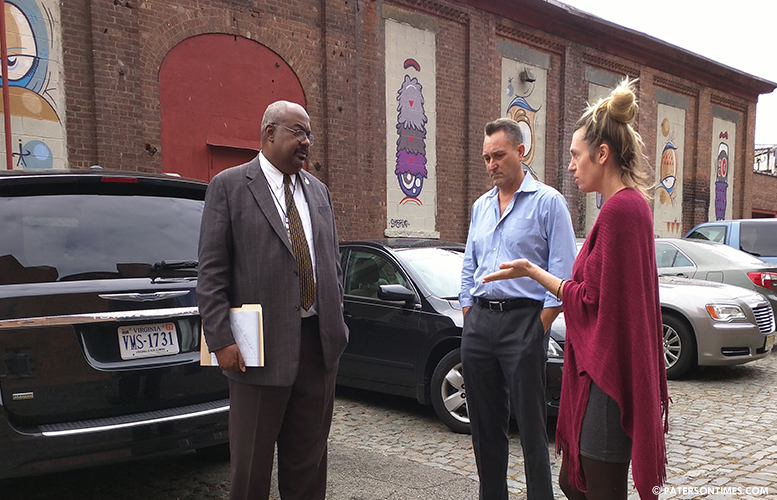 A municipal judge ruled in favor of the city in its long-drawn-out dispute with the Paterson Art Factory.

Judge James Sieradzki denied the Art Factory’s motion to dismiss more than 140 summonses. Each ticket carries a $300 penalty, according to municipal officials.

Attorneys for the Art Factory and its tenants or members — Michael Rubin and Joseph Afflitto, Jr. – argued housing inspector Adalberto Soto did not have the authority to issue the tickets. Both argued the authority to enforce the city’s Certificate of Occupancy requirement falls under the purview of the construction code official.

Soto is not a construction code official therefore the tickets should be dismissed, argued the two attorneys. Both called municipal construction official Gennaro “Jerry” Lobozzo to testify against the city.

Lobozzo told the court Soto is not qualified to enforce the Uniform Construction Code (UCC) because he did not have training and was not licensed. But Soto was not enforcing the UCC, he had issued the summonses citing a municipal ordinance.

Under questioning from the city’s attorney Lobozzo admitted Soto had the authority to issue tickets for ordinance violations. He also undermined the city’s position by claiming that a property being in use creates a de facto certificate of occupancy.

Soto testified that he was not a zoning official and had no UCC training, but issued the tickets as the designee of zoning officer Milton Robinson. At the time Robinson was the only zoning officer in the city.

Robinson said he designated Soto via “word of mouth” to enforce the zoning ordinance. He said he had the authority to do so under a municipal ordinance. The judge wrote in his seven-page decision issued on Dec. 18, 2018 that a “plain reading” of the ordinance allows Robinson to delegate his authority to Soto. The ordinance does not require the designation be done in writing.

“The tickets have already been sustained as valid. Now they have to make a determination of penalties,” said David Gilmore (pictured, left), director of Community Improvement. He said the judge’s determination sets a precedent that his inspectors have the authority to take action against property owners operating without certificate of occupancies. “At the end of the day it’s all about safety of all involved.”

The city issued the tickets in Nov. 2016 after officials learned there would be hundreds of people at the Art Factory for a Christmas Party. At the time, municipal officials said the enforcement was needed to ensure public safety.

David Garsia (pictured, center), owner of the Art Factory, declined to comment. He referred questions to his attorney Michael Rubin.

“It was a very narrow issue,” said Rubin of the decision. Had his side prevailed all the tickets would have been dismissed. “The case is still not heard yet. We believe the city is wrong. You do not need a certificate of occupancy for each space.”

The city issued summonses against Garsia as the owner of the property and all his tenants. The Art Factory has argued people renting space inside the massive former mill building are not tenants, but members, sort of like We Work.

The buildings which are now known as the Art Factory were constructed in circa 1840 for the American Hemp Company which produced ropes. In 1851, the American Hemp Company was reorganized as the Dolphin Jute Mill to produce twisted jute carpeting. The jute mill operated into the late 1950s. After that the complex was used mostly for storage. It became the Art Factory sometime after 1978.

Garsia has secured municipal approval to renovate the Art Factory for $9 million. He will have to obtain a CO after the renovation is completed.

Sieradzki of the Clifton Municipal Court will have to decide whether to sustain all the summonses and force both the Art Factory and its members to pay penalties or dismiss them.

“We firmly believe they should be dismissed because there’s no violation of law,” said Rubin. His argument may have weakened after the judge’s decision.