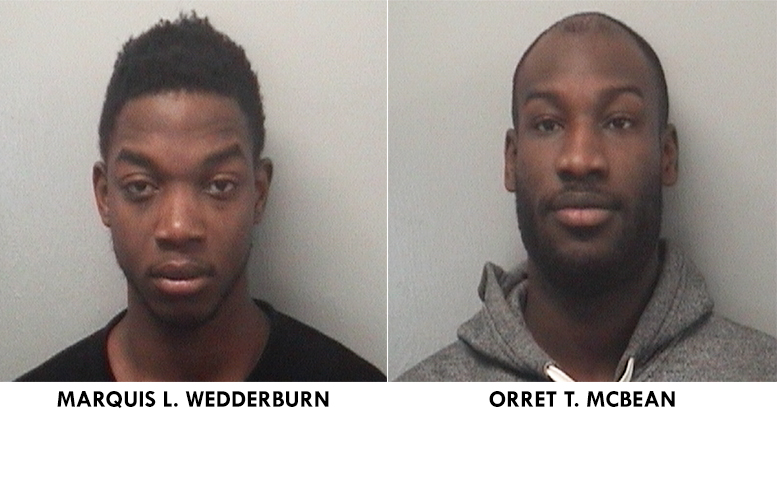 A city man sought by police for allegedly dealing drugs on East 31st Street was apprehended on Tuesday after his mother turned him over, according to Passaic County Sheriff Richard Berdnik.

Marquis L. Wedderburn, 22, of Paterson, has been charged with six drug offenses. He is also charged with resisting arrest by flight.

Wedderburn approached a beige car and had trouble opening the front passenger side door. He fumbled with keys and dropped a bundle of heroin to the ground. Detectives immediately tried to arrest him, but he fled on foot towards a backyard on 14th Avenue.

As detectives gave chase, Wedderburn discarded 450 glassine envelopes of heroin in bricks, drugs valued at $3,200 on the street.

Orret T. Mcbean, 27, of Paterson, met them at the house. He was informed of the investigation and asked if Wedderburn was inside.

Moments later, Wedderburn’s mother exited the residence and told the officers her son is inside. Detectives were escorted inside.

Wedderburn was placed under arrest in the living room.

McBean was arrested and charged with hindering apprehension and harboring Wedderburn. He was later released.

Wedderburn is being held at the Passaic County Jail.