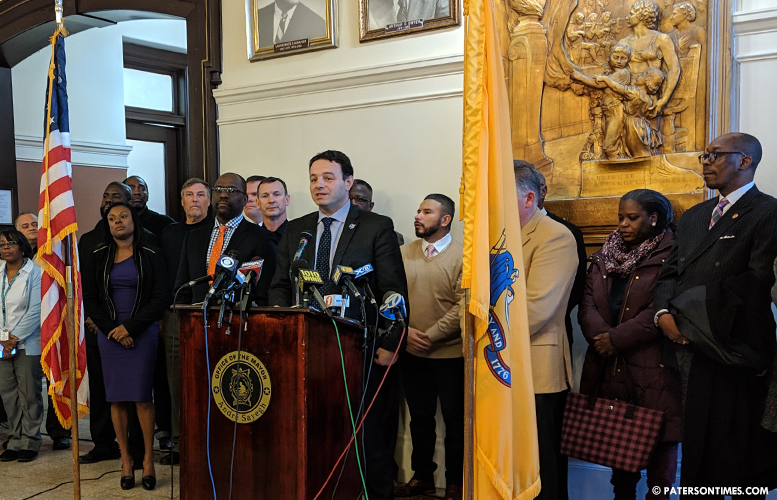 Mayor Andre Sayegh cited recent events following the death of Jameek Lowery on Thursday afternoon to unveil a series of measures to re-build trust between law enforcement and the community.

Sayegh said his administration will implement five initiatives over the next weeks and months to start rebuilding trust. His five measures are:

“The recent set of events reminds us all that trust in law enforcement has been eroded in our community. It didn’t start with this incident or this administration. This is a challenge faced by urban communities across the country,” said Sayegh.

The mayor was flanked by a dozen African-American leaders, mostly from local churches. Many welcomed the five initiatives to re-build trust between law enforcement and the community.

Conspicuously absent from the press conference were members of the Lowery family and leaders of Black Lives Matter. Both groups have led protests against police since for the past ten days.

“These initiatives will tackle this mistrust head on and can put us back on the path to a city where all feel they are treated the same and receive the same protection and help. I want to reassure you that your concerns have been heard and I will demand accountability and transparency,” said Sayegh. “I will own this work and am committed to restoring the community’s trust in those who protect and serve.”

Sayegh did not take any questions from reporters. He received instant criticism from one reporter for claiming to uphold transparency while refusing to take questions from the media.

The mayor cited the ongoing investigation to decline comment.