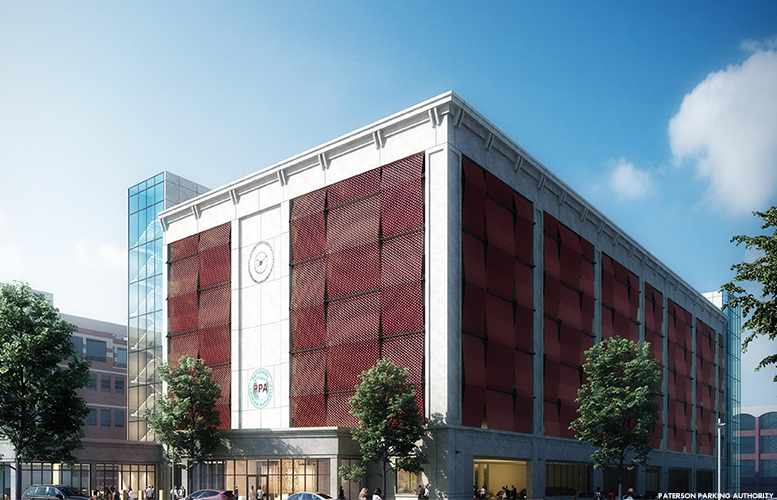 The Paterson Parking Authority received the green-light to construct a $30 million parking garage that will include an electric vehicle charging station to replace the obsolete parking structure on Ward Street.

“We made that a priority,” said Tony Perez, director of the Paterson Parking Authority, speaking of the electric charging ports, on Thursday afternoon. Electric vehicles will dominate the roadways in the near future.

Five or six charging ports will be located at the new Ward Street Parking Garage, said Perez. At present, Paterson does not have a single electric vehicle charging station, according to the U.S. Department of Energy.

The garage at 169 Ward Street will also have space to park bicycles, said the director.

Perez said the multi-level garage will have 865 parking spaces, including 90 in a surface parking lot.

Two retail spaces will be situated on the ground floor, said Perez. Access to the new Ward Street Parking Garage will be from both Market and Ward Streets, according to the project proposal approved by the Paterson Planning Board on Wednesday.

Perez said demolition of the existing obsolete garage will begin in April. He said groundbreaking for the new construction, funded by state tax credits, will start at the same time.

“We will be starting construction while demolition is going on. There will be selective demolition,” said Perez.

Construction is expected to be completed in 12-18 months, said Perez.

“We’re looking to leverage the train station,” said mayor Andre Sayegh. The Paterson Train Station is across the street from the Ward Street Parking Garage. “It has the potential to transform our downtown.”

Sayegh said the parking garage will also support the proposed expansion of the Center City Mall, where a 9,000-seat sports arena is expected to be built.

Developers are already eyeing properties in the area for their projects, said the mayor.

“This garage is going to be a catalyst for many other opportunities that are going to come our way. It just sends a clear-cut message that Paterson is on the way back,” said Perez.