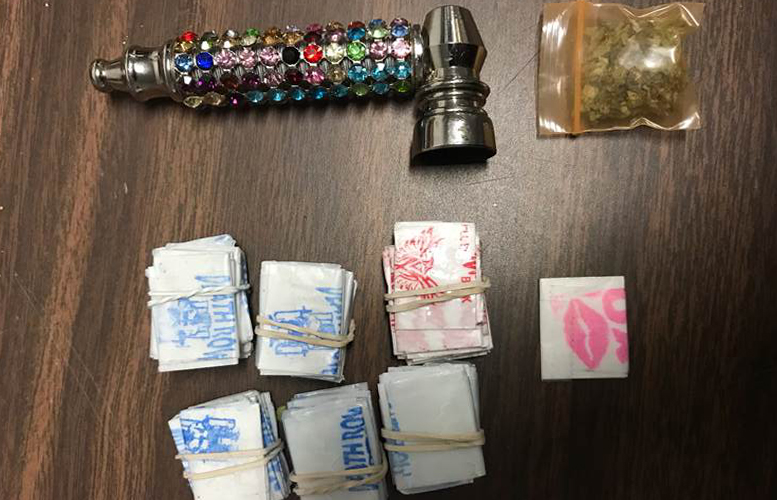 Kendel Cooks, 26, and Jaheem Isbell, 19, were arrested during the traffic stop on Hamilton Avenue and Carroll Street at around 2 a.m.

Cooks, the driver, was found to have a suspended license and two active warrants out of Paterson and South Hackensack.

Isbell, passenger, gave police a fake name. He had a criminal extradition warrant out of North Carolina.

Both Paterson residents are being held at the Passaic County Jail.