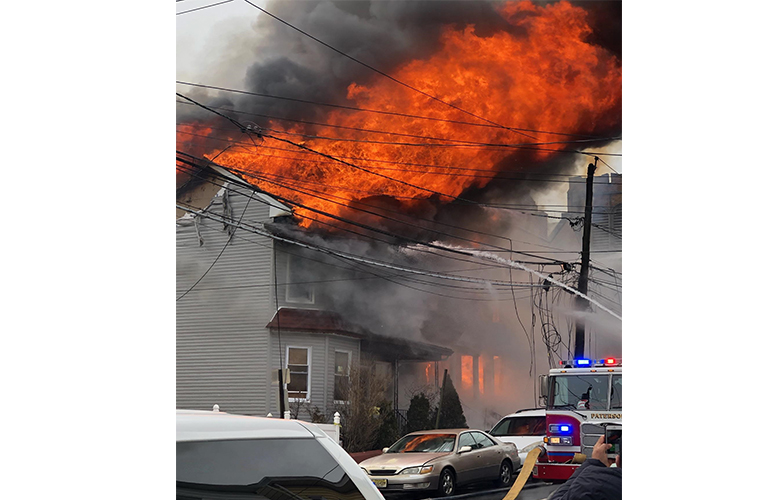 A four-alarm fire destroyed two houses and damaged a church on Hopper Street on Wednesday. Fire also displaced three families or nine people, according to the American Red Cross.

Fire broke out at the vacant house at 40 Hopper Street at around 10:22 a.m. It quickly spread next door to 42 Hopper Street, a house that had been badly burnt in a previous fire. Both houses were destroyed by flames, according to officials.

Christ Temple Baptist Church sustained damage from the fire, but firefighters managed to save the building.

Firefighters brought the blaze under control at 11:30 a.m., officials said. Heat from the fire melted sidings of buildings across the street.

Municipal officials said both houses will be demolished on an emergency basis.

No one was injured in the fire, officials said.