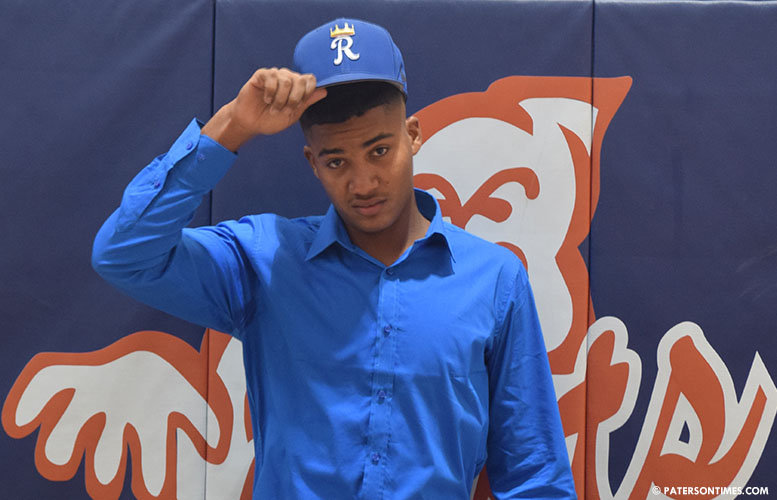 “I knew we were going to lose him right away,” said head coach Jose “Ralphy” Rojas. “He’s so talented.”

Cuevas, 17, has signed as a free agent with the Kansas City Royals. Next year, he will be in spring training, said the coach.

Cuevas played for the Eastside High School team as a freshman. He was 14 at the time.

“The way he plays the game, he just knows the game,” said Rojas. Cuevas was drafted at 16. “His talent level was different from any kid his age.”

Cuevas immigrated from the Dominican Republic. He spent 7th and 8th grades at School 11 before entering Eastside High School. Following his freshman year, he went on vacation to the Caribbean Island. His family took him to a baseball academy.

“They saw he had potential and kept him there,” said Anthony Vasquez, who coaches students in Brazilian jiu-jitsu at Eastside High School.

“Here, it’s a lot more difficult to sign,” said Cuevas via Vasquez. He signed with the Kansas City Royals from the Dominican Republic, he said.

“My family felt really happy. All the effort that they put into me is now going to pay off,” said Cuevas, whose grandfather owns a league in the Dominican Republic. His father exposed him to baseball, he said.

“He wasn’t much into pitching. He wanted to hit more because he’s a good hitter. We made him pitch for us,” said Almonte.

Forcing Cuevas to pitch unlocked a dormant talent. Cuevas said the coaches were there when he needed them.

Cuevas spends hours every day preparing for the professional league in his home country. He trains from 9 to 11 a.m. and spends an hour running in the afternoon, he said.

Every six months, he has to travel from his home in Mao, Dominican Republic to the U.S. to keep his permanent residency. His father lives in Paterson, but mother has remained in the Dominican Republic. His two brothers attend Eastside High School. Both have signed up for the school’s baseball team.

Cuevas often visits his old team at Eastside High School whenever he is in the U.S., said the coaches. He stopped at the school on Mar. 1 to speak to his coaches and a reporter.

“It was really good experience,” said Cuevas of his time in the Eastside High School team. 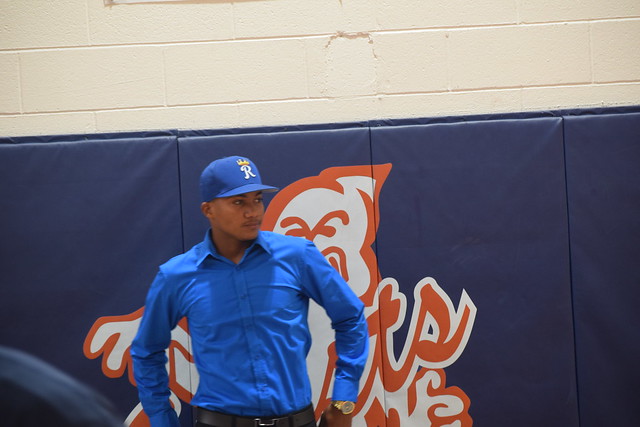