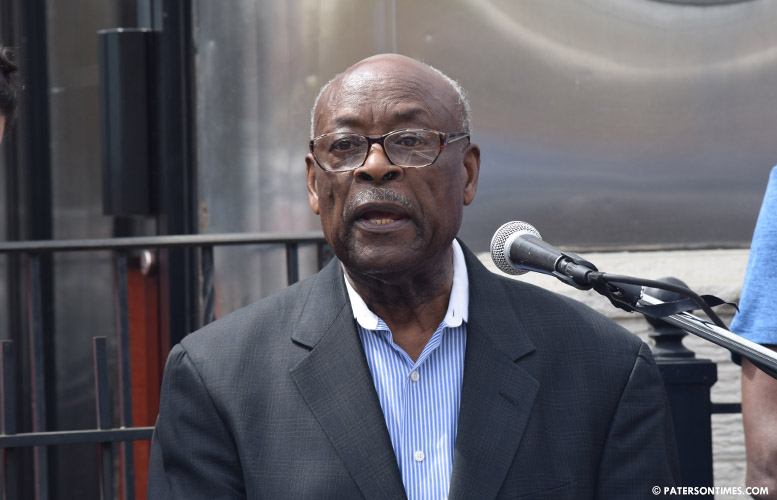 Graddy is known for bringing Martin Luther King, Jr. to Paterson. He marched with King in Washington D.C. during the civil rights movement.

“You have honored me tonight,” said Graddy, 88, on Tuesday night to the City Council.

Graddy vowed to help the city in handling the upkeep of his street — 10th Avenue from East 18th Street to Madison Avenue to also be known as Mr. Russell “G” Graddy Way – by cleaning and planting flowers in sidewalk planters.

In 1963, Graddy stayed in the same motel as King, when the March on Washington for Jobs and Freedom, took place. The march was where King delivered his famous “I Have a Dream” speech.

But the street naming resolution does not mention his civil rights accomplishments. Instead, it focuses on his long career as a businessman.

He still owns and operates Mr. G’s Restaurant which specializes in southern cuisine on 10th Avenue.

“You are like a father to this community,” said Lilisa Mimms, councilwoman at-large. “I believe in giving flowers while you can smell them.”