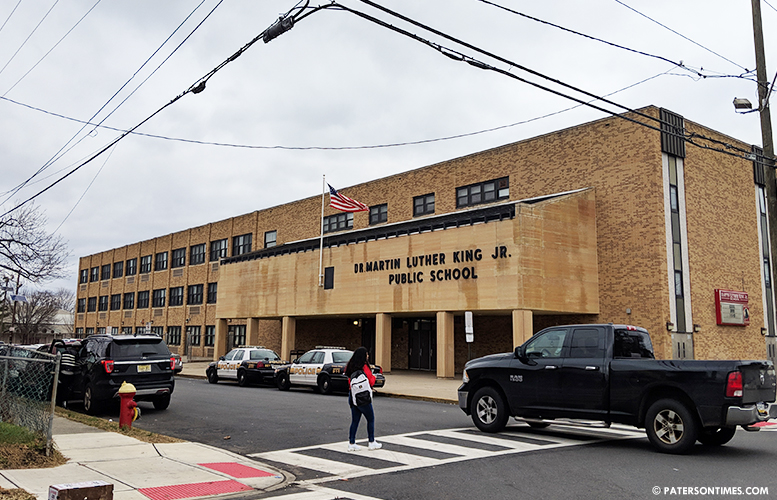 Lekeysha Alston-Page, who was terminated six months ago, makes the claims in a hitherto unreported lawsuit filed against the district on Jan. 22, 2019. She accuses the district of disability discrimination.

Alston-Page’s problems in the district began in spring 2017 when she underwent shoulder surgery due to a car accident, in which she injured her neck, back, leg, and herniated discs, that occurred in Jun. 2016

In Sept. 2017, she was provided accommodation which meant a transfer from Panther Academy to School 30 after she suffered an anxiety attack due to exposure to rats in the building, according to her lawsuit.

Alston-Page, described in the lawsuit as a para professional and character education teacher, was assigned as a one-to-one personal aide to a five-year old autistic boy on Sept. 6, 2018. District payroll data over the years listed her as a special education instructional aide. She had worked for the district for 14 years.

The boy was “physically aggressive” towards her. At times, the student had to be physically restrained, according to the lawsuit.

Alston-Page complained to chief special education officer Cheryl Coy, principal Monica Florez, and teachers’ union vice president Charles Ferrer about the assignment. She noted she was not properly trained to work as an aide to an autistic child and that continued exposure to the boy was causing her physical and emotional harm.

She suffered physical injuries at the hand of boy. She was “bitten, scratched, spit at, and kicked by the child, which required a tetanus shot,” says the lawsuit.

On Sept. 12, 2018, she requested a transfer to another assignment in the district. On Sept. 20, 2018, she was reprimanded for complaining about the child’s actions. She filed a grievance over the assignment to work with the boy. In her grievance she claimed she had been “traumatized by the continuous assault experience[d] every day.”

On the same day, she sought treatment at the Immedicenter in Totowa after receiving scratches from the student. She was given a tetanus booster shot. She returned two other times after getting scratched and kicked by the boy.

On Oct. 4, 2018, she was taken to St. Joseph’s Regional Medical Center by ambulance due to her exposure to the student. On Oct. 8, her doctor completed a 504 ADA Accommodation request that included a transfer from the current assignment. Abusive exposures at the assignment would cause cardiovascular and neurologic complications from hypertension and cervical radiculopathy, according to the lawsuit.

Upon her return to work, Alston-Page had to undergo a fitness for duty exam from the district’s doctor, Scott Coleman of Immedicenter. She complained about chest pain, headaches, and difficulty breathing.

Coleman suggested a transfer to another school. She was later examined by her own doctor, who also suggested an assignment change.

The school district refused Alston-Page’s request for accommodation by a transfer to another assignment. Instead, she alleges the district retaliated against her by terminating her employment on Oct. 15, 2018, according to the lawsuit.

Alston-Page alleges the district violated New Jersey Law Against Discrimination by failing to accommodate and by firing her.