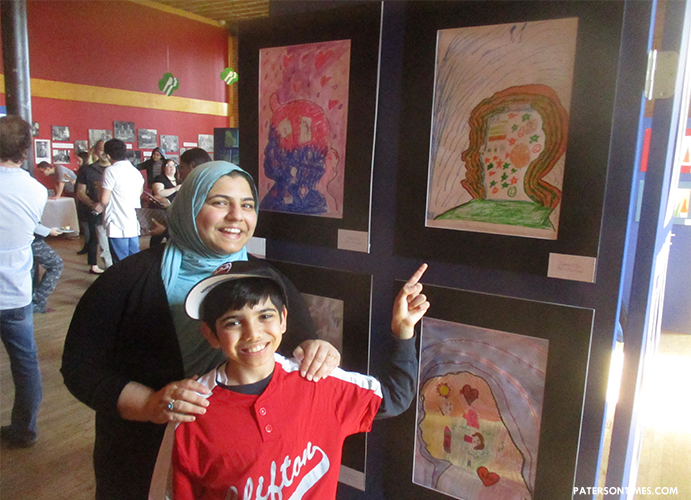 11-year-old Zakaria Khan was visibly excited to see his hand-drawn portrait on display at the Paterson Museum on Saturday morning.

“I drew a picture of my head and brain,” said Khan, a 5th grader from Union City, who used markers to create the portrait. “Inside, I drew many things that I love to think about, including video games, baseball, and basketball.”

The youngster, dressed in his junior league baseball uniform, was eager to show his work to his parents, Fatima Abbasi and Azeem Khan.

Khan’s portrait was among 32 on display as part of an exhibition showcasing the talents and abilities of young patients living with autism put on by the Binder Autism Center, part of the Child Development Center at St. Joseph’s Children’s Hospital, in recognition of National Autism Awareness Month.

“We teach the children about following directions, sharing, complimenting one another, using proper words, and more,” said Kathleen Moran, clinical coordinator for the Binder Autism Center. She said as many as 50 children, called learners, per week receive one-on-one art therapy sessions at the center.

Sessions include step-by-step projects in art, she said.

The exhibition will be on display for the rest of April, according to officials at the Paterson Museum. 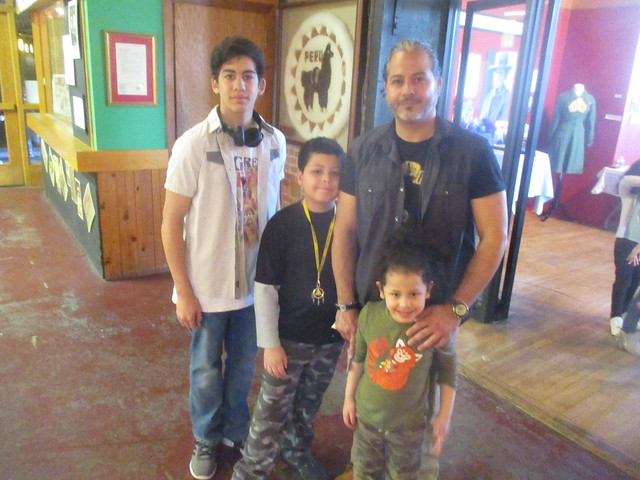