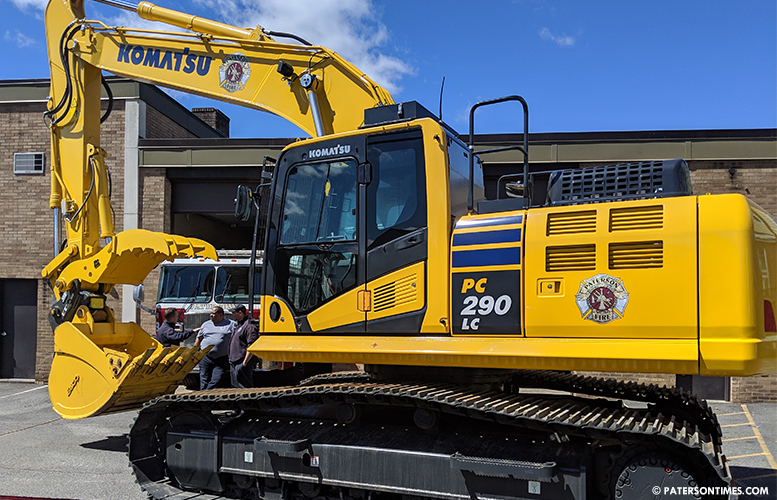 The city may have to return $731,000 worth of demolition equipment after federal officials determined the purchase is not eligible for Community Development Block Grant Program funding.

Municipal officials learned about situation minutes before mayor Andre Sayegh was scheduled to hold a press conference with regional administrators from the U.S. Department of Housing and Urban Development (HUD) at the Lakeview Firehouse on Wednesday afternoon to showcase the heavy machinery.

Sayegh had to cancel the event at the last minute.

“This was really a complete surprise,” said Sayegh’s chief of staff Kathleen Long. “We believe it’s eligible and put all the paperwork in for it to be eligible. And they approved it as eligible.”

But that changed on Wednesday. An official from HUD called Community Development director Barbara Blake-McLennon at 12:10 p.m., 20 minutes before Sayegh’s press conference, to say the expense was not eligible.

The equipment would be kept in a firehouse and used by trained and licensed public works employees. Part of the $731,000 included funds for training municipal workers on use of the equipment.

“If we end up not being able to use this funding, we’re going to have to return the equipment,” said Long. She said the city’s budget cannot absorb the expense. She said returning the equipment could require the city to pay shipping fees.

Long said the city is also looking at alternative plans, possibly using the funds for something else.