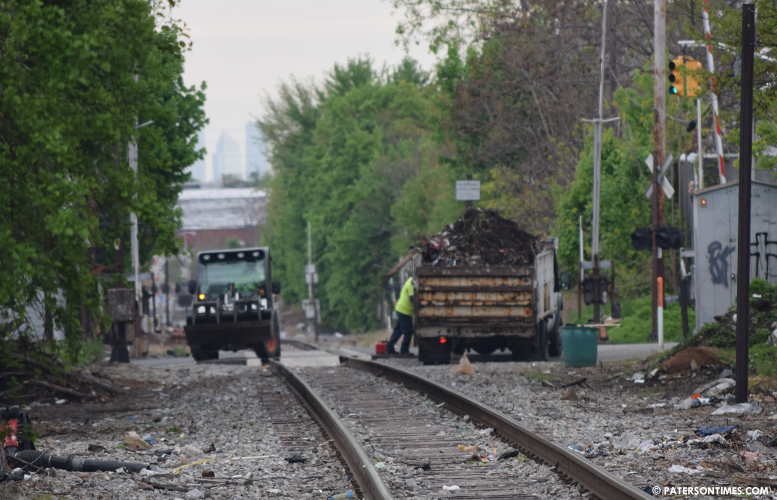 A crew of public works employees cleaned up a section of train tracks in the area of East 22nd Street and Park Avenue on Wednesday morning.

Councilman Luis Velez said public works is cleaning the tracks from 18th Avenue to Ellison Street. He said a property owner complained to him about the garbage at the tracks prompting him to call public works to clean up the site.

“The railroad company is supposed to do it,” said Velez. “They need to take care of their site. This is their property and they have to maintain it.”

Velez said this is not the first time the city had to clean the tracks owned by the New York, Susquehanna and Western Railway Corporation.

10 public works employees were at the site cleaning up and carting away garbage. Velez said some pull up their vehicles into the tracks and dump garbage and construction debris. He is attempting to get the city to install concrete blocks or fencing to prevent vehicles from driving along the side of the tracks to dump trash.

A spokeswoman for the New York, Susquehanna and Western Railway Corporation said the company cooperates with the city on clean-up projects. A public works supervisor said the city gets reimbursed by the track operator after clean ups. She did not provide a response on Velez’s allegation the company is failing in its upkeep of the site.