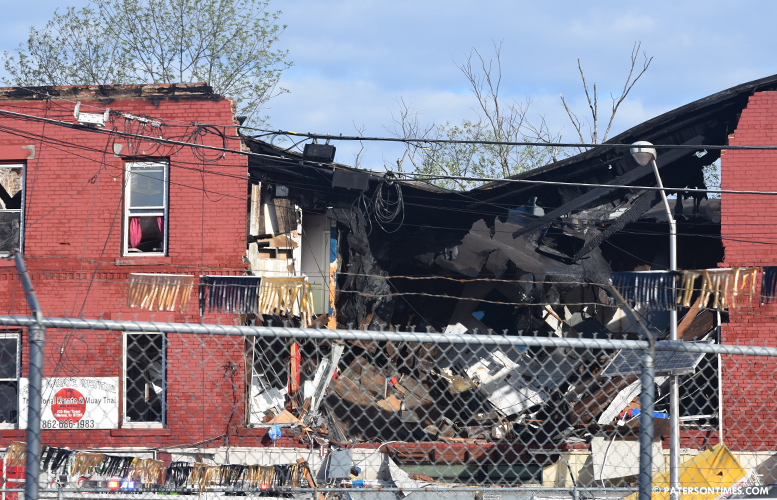 A massive fire broke out at a mixed-use building, apartments on top and businesses on the bottom, on River Street early Monday morning.

Firefighters found the second floor engulfed and flames from it rapidly spread to the cockloft area of the large structure. Firefighters launched an aggressive attack, offensive and defensive, said the deputy chief.

“The fire was just too much. Companies are still operating at the scene,” said Calamita.

Four people were displaced, said the deputy chief. He said no one was injured.

“The whole roof collapsed. A big portion of the front of the building collapsed onto River Street,” said Calamita. He said a 40-foot section fell onto the street.

The building will likely have to be demolished, said the deputy chief.

Meanwhile, two other fires were reported on 14th Avenue and 21st Avenue. A two-story vacant structure caught on fire on 14th Avenue. Firefighters quickly put out the flames in the rear of the building, said the deputy chief.

A one-story restaurant caught on fire on 21st Avenue. Fire was on the first floor. Firefighters quickly knocked down the flames.

No one was injured or displaced in the fires at 14th Avenue and 21st Avenue.